BANANAS AND ORANGES GROWN AT METHLEY

Not many men in the British Isles can eat bananas of their own growing. One of the few who can is Mr. H. Craven, of The Cedars, Methley. In his tropical greenhouse he grows many fruits and plants that are not often seen in England. Bananas have been gathered often from the three trees the house, but only one is expected to bear fruit this year.

The plants are carefully tended with that patient attention that only the really enthusiastic gardener can give, and the fruit, from their first appearance, will have all the nurture and care that the highest born babe could hope for. The central figure of the greenhouse, springing from the mass of particoloured plants and bushes, is a ten-foot sago palm, a thick scaly trunk topped by wide-spreading fronds. Its strength comes from the rich chemical foods that are lavished on it, for the spread of its roots could not sustain its flourishing beauty.

This palm is believed to be the second largest in the British Isles, and certainly is a striking spectacle in the midst of the luxuriance of this tropical vegetation. 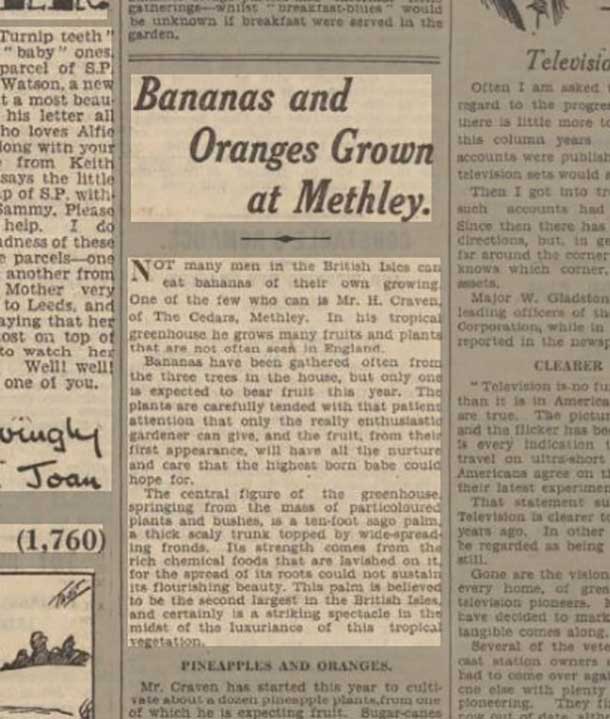