There were two applications for full ale-house licences to present beerhouses, by Wm Forrest, of the White Horse Hotel, East Ardsley, and Tom Tillotson, of the Commercial Inn, Methley. On the case of Forrest being called on, Mr. E. Lodge intimated that he had been instructed not to proceed with the application.

Mr. Shepherd, barrister, appeared for Tom Tilletson, of the Commercial Inn, Methley, who had asked to be allowed to sell spirits as well as beer and wine. The house was very much used for coroners inquests, and it had been felt more than once by juries who had to view bodies in a more or less advanced stage of decomposition that in fulfilling their duties they should be able to obtain spirits to help them get through them. The late coroner himself (Mr. thomas Taylor) had frequently complained when he had sat at the inn about the inconvenience there was owing to there being no spirit licence.

The bench, without calling upon the opposition, refused the application in respect of the Commercial Inn, Methley. 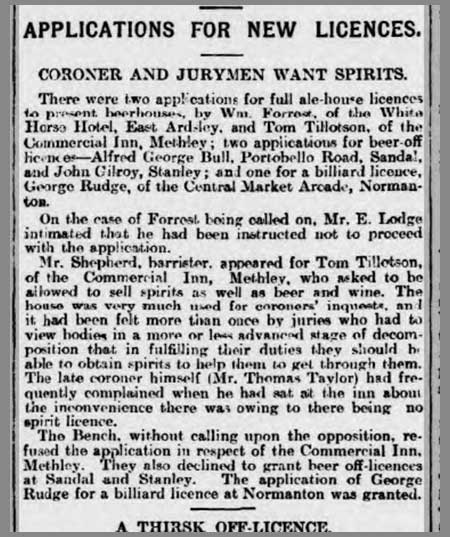 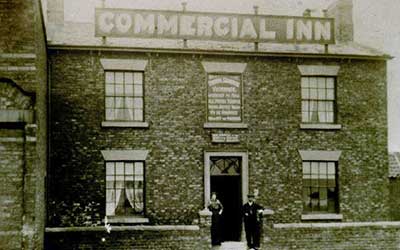