He was a member of Lodge Friendly 1.513 (Barnsley), of which he was P.M. Although bordering on the age of about 84 years, he was one of the most constant attenders of the lodge at Barnsley. He was a mining engineer. 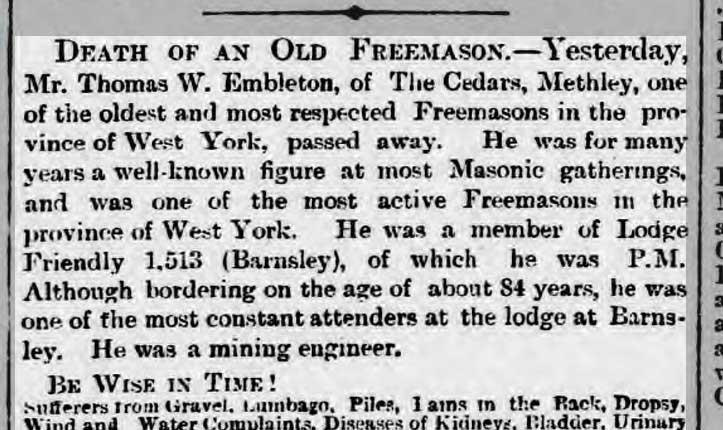