Lost In The Fog – A Methley Boatman Missing

A boatman named Edward Buck, aged 32 years, is missing from Methley, and is supposed to have been drowned. He was engaged on the boat Alexandra, which is moored in the river Aire between Kippax Lock and Bower’s iron bridge, for the purpose of getting sand from the bed of the river.

On Saturday afternoon, he and two other men named Slater and Smith went to the Caroline Inn beerhouse, about half a mile away across fields, and remained until 10.50 pm. In the meantime, a thick fog had come on, and Slater and Smith refused to go back to the boat. They tried to persuade Buck – who was perfectly sober – to go with them to a cabin in Bower’s Yard, where there was a fire, but he said he would go to the boat, and went off in that direction. He has not been heard of since, and it is supposed that he fell into the river.

He was 5ft 7in high, of dark complexion, with dark brown curly hair, and wore a brown clothjacket, cord vest and trousers, red neckerchief, blue shirt and strong lace up boots. 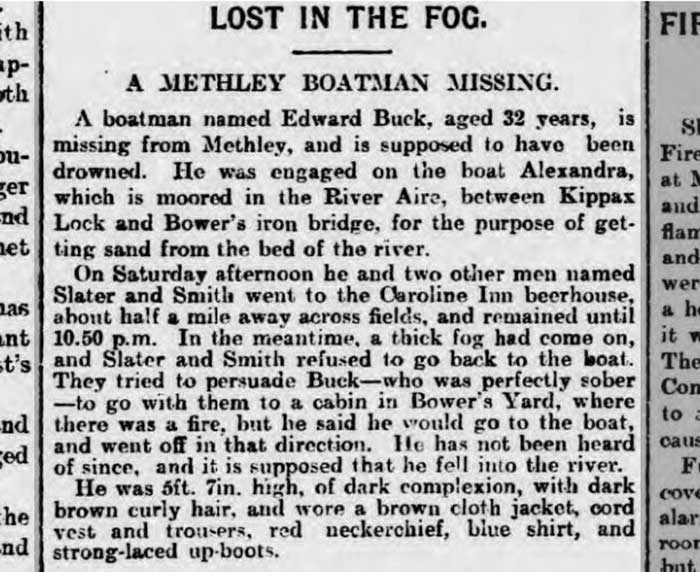