On Wednesday, at the Wakefield courthouse, before Dr. Kendell, a collier named Henry Wright, was charged with having, on the 16th of April at Methley, bit off the ear of another collier, named Alfred Howdan. Mr Mander was for the prosecution, and Mr. Gill for the defence.

It appeared that the parties were on Saturday, at the United Kingdom Hotel, Methley, and that they began a fight, in the course of which, the prisoner bit off one of the prosecutor’s ears.

The prosecutor recommended the prisoner to the mercy Of the Court, and the other witnesses for the prosecution gave him a good general character. Mr. Gill, therefore, under the circumstances, (and as the prisoner has a wife and seven children) asked the Magistrate to deal with case summarily, but Dr. Kendell declined, and committed the prisoner for trial at the sessions, though be admitted him to bail. 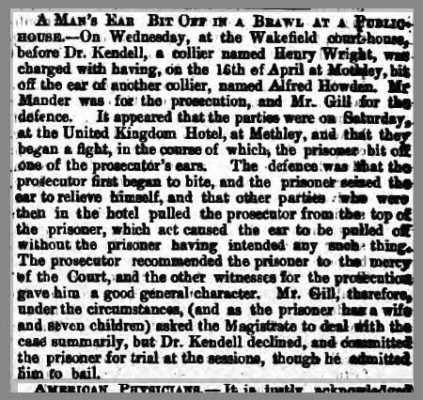 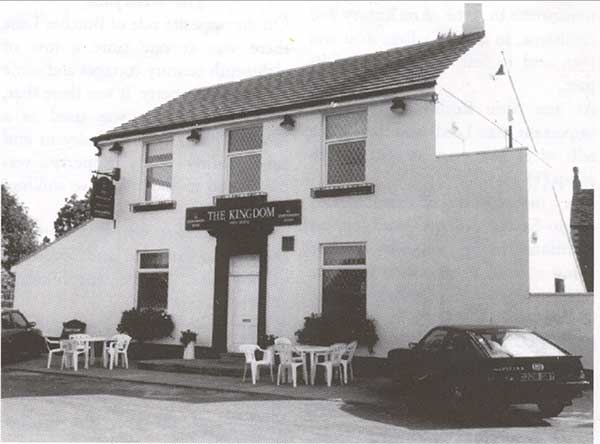