On the 9th December 1875, an explosion occurred at Methley Junction Colliery killing five men and one boy. At the inquest following the deaths of the six miners,it was revealed that the explosion was caused by a sudden roof fall releasing a quantity of gas and that a lit candle was left nearby which ignited the gas. The jury returned a verdict of ‘Accidental Death’.

Approximately 100 hundred years later a group of surveyors from Savile Pit were travelling through the old Methley Junction workings and in the old pit bottom office came across a poem penned by a miner of the explosion written on six sheets of old notepaper. The poem and video can be found below.

At the time, the Methley Junction area was a self-contained community, with mine, railway station and shops.

The mine was at the top of Junction Hill, the Lancashire and Yorkshire Railway Station half way up the hill and the London North Eastern and Great Northern station higher up the hill. Henry Briggs, the owner of the colliery and the houses, was a very autocratic employer, adverse to Trade Unions, and in 1862 evicted 41 colliers and their families from their homes at Methley Junction because they had joined the Union.

Other deaths at Methley Junction pit in 1875 included:

It was at Methley Junction
under Messers Brigg and Co.
and it is the first explosion, that we ever did know
On the 9th December, the men rose in their bloom
there went to their daily toil, not thinking of their doom

At half-past ten the roof fell down
which deprived them of their lives,
they have left their orphan children
likewise their weeping wives.
The worthy steward James Tapman
his name I cannot withhold
He quickly ran into that place
with heart so brave and bold.

The longwall deputies, quickly did volunteer
not thinking of the fiery lamp
which they had to fear
with all speed they ran along, they did not hesitate
until they arrived within that place
but alas they were too late.

Not one man they found alive, I am sorry to fortell
that the cause of the explosion was the heavy roof that fell.
Life is uncertain but death is sure
Sin is the wound but Christ is the cure
The Lord giveth and the Lord taketh
Blessed be the name of the Lord.

Next I must comment upon the bank
where people quickly ran
some lamenting for their father
their husbands or their sons
It was a painful sight to see
the people ran with speed
who had a friend in that shaft
it made their poor heart bleed.

There was a poor woman that could not run
she was too lame and old
her only son was in that place
it’s true so I am told
she is put upon the widows fund
although she was a wife
I hope it will support her, the remainder of her life.

Messrs Briggs and Co, a fund they did propose
to subscribe for the widows
to find them food and clothes
A miner in the meeting, boldly stood up and said
we must gather for the widows
cause the poor men are dead.

If it should be opposed
and should not be carried out
the union will support them
of that I am sure, there is no doubt
It is the best thing in the world
and in it all men should be
It demands fairation in our land
and defies all poverty

This is the last verse I shall write
and in it I must say,
I hope the souls of these poor men
to heaven went straight away,
and there for ever may they remain
with angels round the throne
and meet all their wives, and children there
with the happy home. 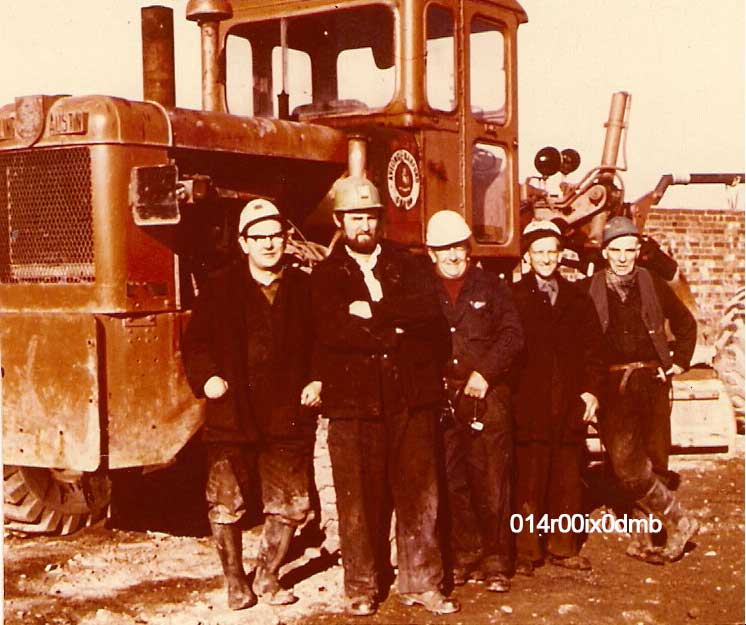 Coal-mining was a dangerous occupation. Between 1860 and 1897 more than 25,000 English miners lost their lives from accidents occurring in and about coal and ironstone mines. But fewer than 16% of these died in the large-scale accidents* which caused so much public concern; most perished in isolated incidents. In Yorkshire in 1875, 62,190 were employed in the coal mining industry. *Major accidents (defined as those claiming five or more lives).

Miners and their families residing in particular districts or injured and bereaved by certain types of accident invariably received disproportionate amounts of assistance. Even the most thrifty English miner lost income when he suffered an industrial accident.

It was the usual practice in all English coal mining districts between 1800 and 1897 for Boards of Guardians to offer outdoor financial relief to applicants made destitute by colliery accidents. Outdoor relief was the kind of poor relief where assistance was in the form of money, food, clothing or goods, given to alleviate poverty without the requirement that the recipient enter an institution

Regardless of the stigma of parish relief and of the quality of treatment provided, few victims of coal-mining accidents were ever granted indoor medical relief.

The level at which outdoor financial relief was provided remained law in all coal-mining districts between 1860 and 1897. Adults received from 2/6 to 3/- a week while between 1/- and 1/6 was paid for children.

“there was nothing particularly humane about the outdoor relief system…. Overseers and Guardians used it as a means of getting rid of applicants for relief at the least possible cost in time, trouble and expense to themselves and the ratepayers.”

Only the most seriously injured could hope to enjoy the advantages of institutional care. The vast majority of injured miners who applied to the parish for medical relief were offered outdoor treatment. The Poor Law Board declared in 1868 that “At least two-thirds of the sick poor receive medical attendance and treatment in their own homes, and as late as 1911 47% of those under the medical care of the Poor Law were in receipt of outdoor relief.”

Poor Law remained the major source of compensation for industrial injuries. Following a series of disasters around Wigan between 1868 and 187l “clearly most of the bereaved would be compelled to beg for poor relief”, and that if a Lancashire miner was “crippled or killed…. his family would become paupers”.

Most Yorkshire proprietors in this period also gave temporary relief after fatal accidents. Aid was granted following the Oaks explosions and after the six miners died at the Methley Junction Colliery in 1875. Henry Briggs and Son issued a circular to shareholders appealing for help on behalf of the dependants.6

In some Lancashire and Yorkshire colliery districts local bye-laws forbade the payment of relief to those of ‘immoral habits’.

In 1882 a miner was killed at the Featherstone Manor Colliery in the West Yorkshire coalfield, leaving a widow, two children and one adopted child. The Pontefract Board of Guardians refused to grant outdoor relief and the chairman “pealed forth and severley animadvented on the widow’s profusion in spendlng her money in funeral cards, biscuits and wine, in order that her husband might be put away respectably.”

Source: The Compensation Of English Coal Miners And Their Dependants For Industrial Accidents, 1860-1897.