It is a remarkable fact that between 1841 and 1960 the village of Methley in the West Riding of Yorkshire could boast of having had three separate railway stations, the remains of which are now used as private dwellings.

The first one was opened on the 6th April 1841 by the North Midland Railway Company and was later called Methley North; it was situated next to the United Kingdom public house in Station Road at Wood Row, and closed to passenger traffic on the 16th September 1957.

Situated next to the United Kingdom public house in Station Road at Wood Row. 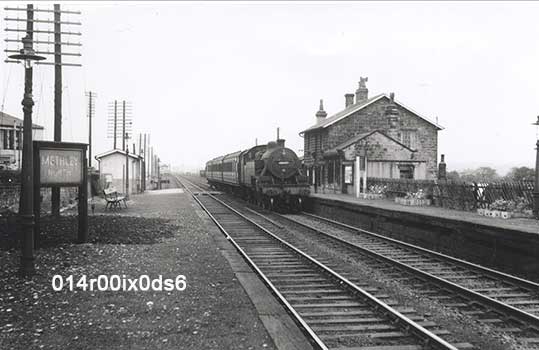 The second station was at Methley Junction and was opened on the 1st October 1849 by the Lancashire & Yorkshire Railway Company.  An unmade roadway led from the A639 Leeds to Pontefract road next to Pinder Green Bridge to the station which was closed on the 4th October 1943 by the L.M.S (London, Midland & Scottish Railway), and is unusual in so much as not many railway stations were closed down during wartime when most facilities were normally kept open and available for use.

The third station was the ‘Joint’ station located at the top of Green Row not far from the ‘Junction’ station, though on a different line.  It opened on the 1st May 1869 by a joint ownership agreement between the Great Northern Railway, North Eastern Railway, and Lancashire & Yorkshire Railway companies, the station was later re-named Methley South by the L.N.E.R (London & North Eastern Railway) whose ownership it eventually fell to, and was closed by British Railways on the7th March 1960. 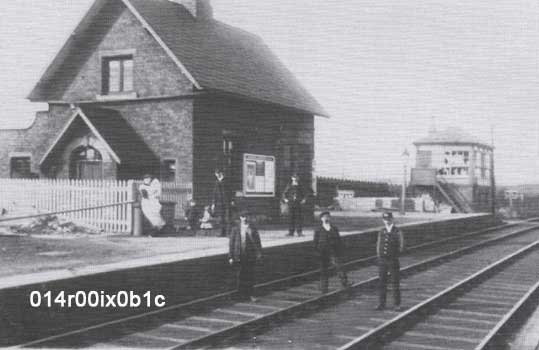 An unmade roadway led from the A639 Leeds to Pontefract road next to Pinder Green Bridge to the station.

Prior to 1923 there were over 120 separate railway companies operating in the British Isles, so on the 1st January of that year, just a few years after World War 1, Government legislation decided that they would be grouped into four different companies to become the L.M.S,  L.N.E.R,  G.W.R (Great Western Railway), and Southern Railway.  History repeated itself when shortly after the next World War, on the 1st January 1948, these four railway companies became one when they were nationalised to become British Railways.

The company who built the railway at Methley North amalgamated with two others in the Midlands on the 10th May 1844 to become the Midland Railway.

The ‘Midland’ was one of the finest of the old railway companies, its comfortable coaches and well-served stations were second to none, its third class passenger facilities were the best in the world during the last 50 years of its independence up to 1923 when it became part of the L.M.S empire. The station stood on the main line from London St Pancras to Leeds Wellington (later re-named Leeds City).  On the 1st May 1876 the Settle to Carlisle section was opened, thus giving the company it’s own direct line to the Scottish border.

Although express trains did not stop at Methley North, by changing at either Leeds, Normanton, or Sheffield it was possible to travel to London or Scotland as well as most other parts of the country entirely by train. Queen Victoria was an avid train traveller and often passed through Methley on her journeys to the north.

Copy of a map showing
railways at Methley

All photographs on this page are available to purchase from the Archive. 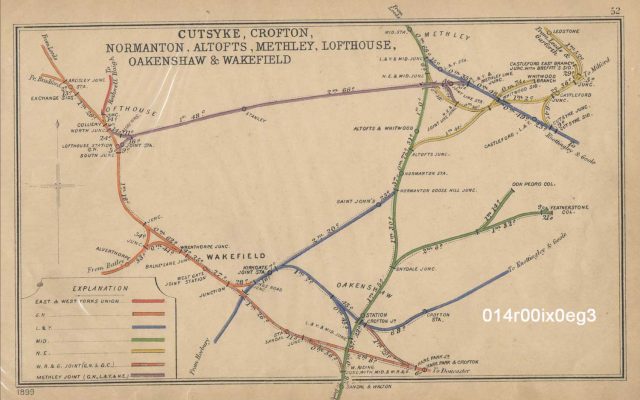 Apart from serving passengers much goods traffic was handled at all three stations.  Trains belonging to the Lancashire & Yorkshire and Great Northern railway companies ran from Leeds to Doncaster and beyond via Methley, Knottingley, and Askern. The Lancashire & Yorkshire company opened a station on it’s own line at Methley Junction, this was quite a common occurrence at that time as trains were only allowed to run over the lines of others by agreement, but were not allowed to stop to pick passengers up under normal circumstances, although trains of the Lancashire & Yorkshire company were given permission to stop at ‘Midland’ stations between Methley Junction and Leeds on their Doncaster to Leeds service.

Methley Junction station allowed a direct link for villagers to Doncaster and the East Coast main line in a similar manner to the present Leeds – Doncaster bus service via Pontefract, operated for many years by South Yorkshire Motors of Pontefract before being absorbed by Arriva Yorkshire.

Where one railway company’s lines joined that of another, quite often the latter company would hold up trains at the junction in order to allow its own precedence. Methley was no exception to this practice.

Methley South station was served by passenger trains on the Wakefield Westgate to Castleford Central, and Leeds Central to Castleford Central routes, which were later extended to Pontefract Baghill, which incurred reversal at Castleford. The station also saw the passing of many coal and goods trains from the West Riding to the North East as well as local ones.

It is ironic that trains still run between Leeds and Castleford via Methley, although now passing through Woodlesford instead of Stanley.

There is still quite a lot of railway traffic passing through the village of Methley, though the Midland Railway’s ‘Scotch’ expresses have long since gone. Although people from north of the Border will tell you that ‘Scotch’ is a drink, the Midland Railway referred to it’s Scottish express in this way.  Express trains are still known to pass through Methley, particularly at weekends when engineering works to the direct main line between Leeds and Wakefield via East Ardsley take place and trains are diverted.

Regular passenger trains now are confined to the diesel railcars that operate between Leeds and Goole, and Leeds to Sheffield routes.  Many trains to the ‘Freightliner’ depòt at Stourton, also parcel and oil tanker trains also pass through Methley. The opening of the Europort Centre at Normanton has also helped to secure the future of the railway at Methley. 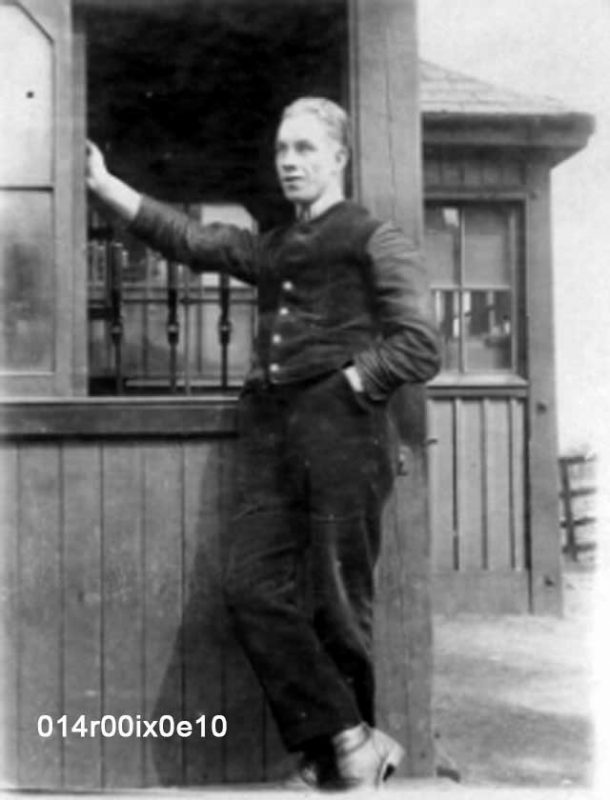 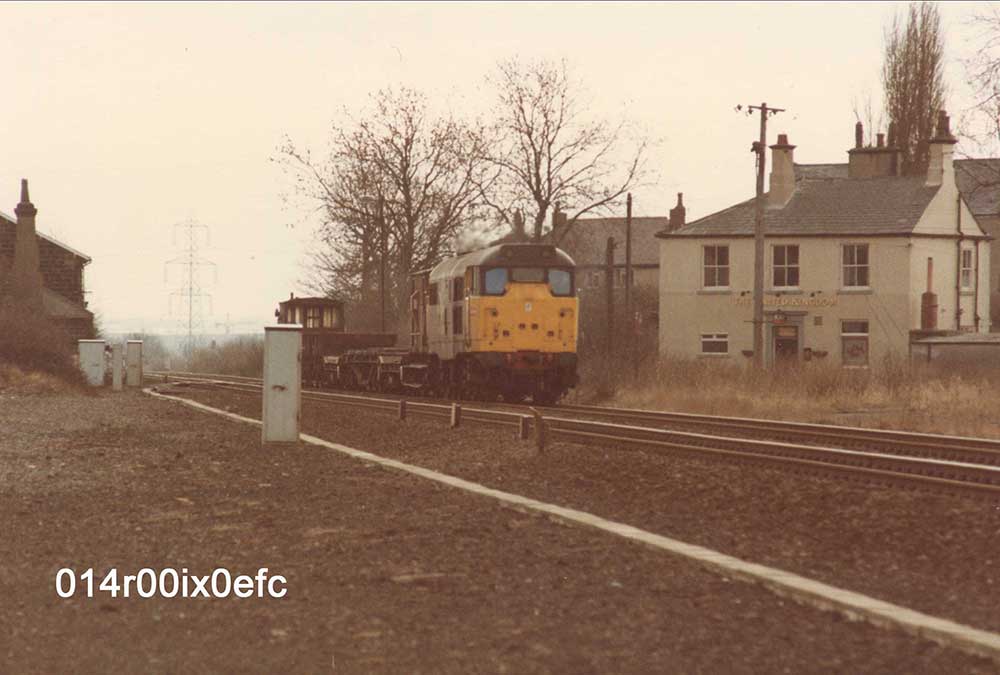 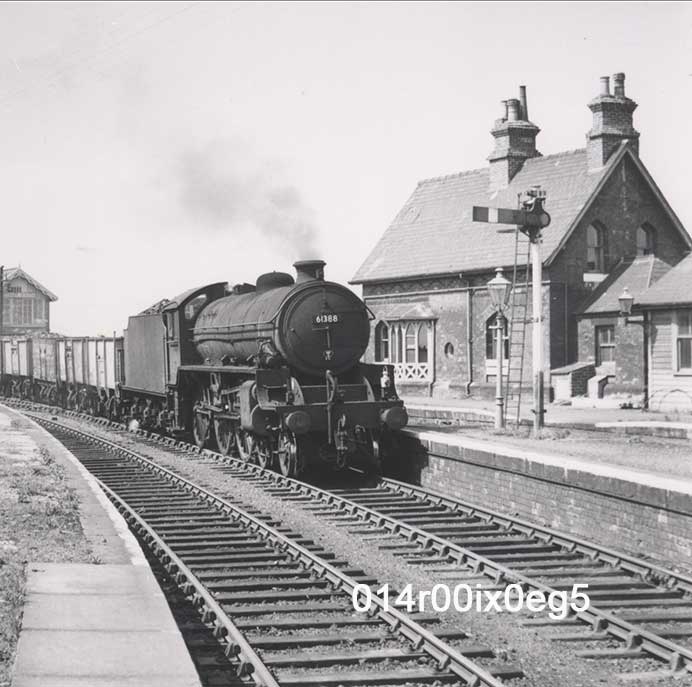 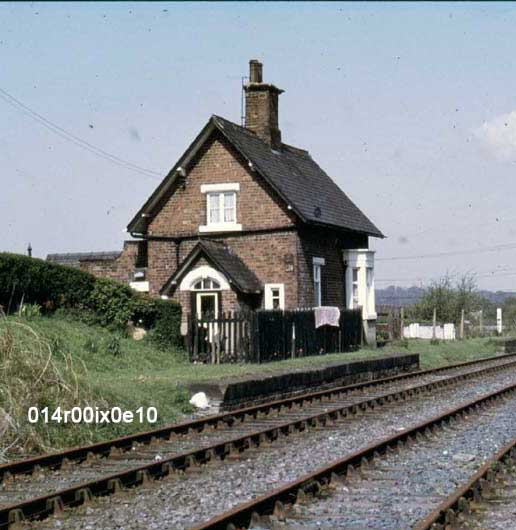 As to the passenger facilities, Methley was on the list of proposed new stations in the West Yorkshire area and could well see the building of a fourth village railway station in the future. The immediate problem seems to be the location of a suitable site.

Of the three former stations only Methley North is still connected to the national railway system. In order to provide a service that is both convenient and cost effective the West Yorkshire Transport Authority, who finance the building of local stations in the area, try to chose sites adjacent to existing bridges that have public access to them, a level crossing site would be physically possible but for safety reasons not as desirable as a bridge.

The most suitable site would appear to be at Church Lane, but the problem here is that as the railway line is built on an embankment for some considerable distance, it would be both difficult and expensive to build a station here, as well as the provision of suitable car parking facilities to cater for the many ‘Park and Ride’ passengers that are now using rail travel.

Hopefully in the not too distant future the name “METHLEY” will once again appear on the pages of railway timetables. 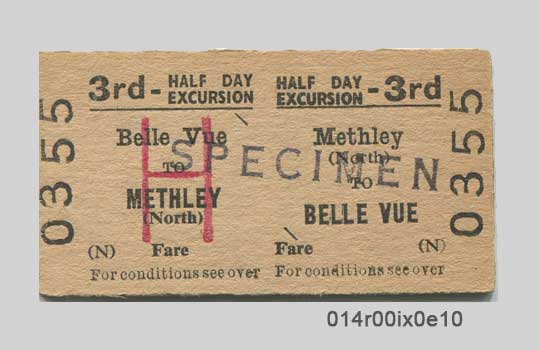 Did you know that you can purchase framed photographs of Methley from the Archive? Contact us in the first instance at the Community Centre on a Monday morning (10:00am ’till 12.00pm) or fill in the contact form on this website. Please quote the reference number on the image if possible.