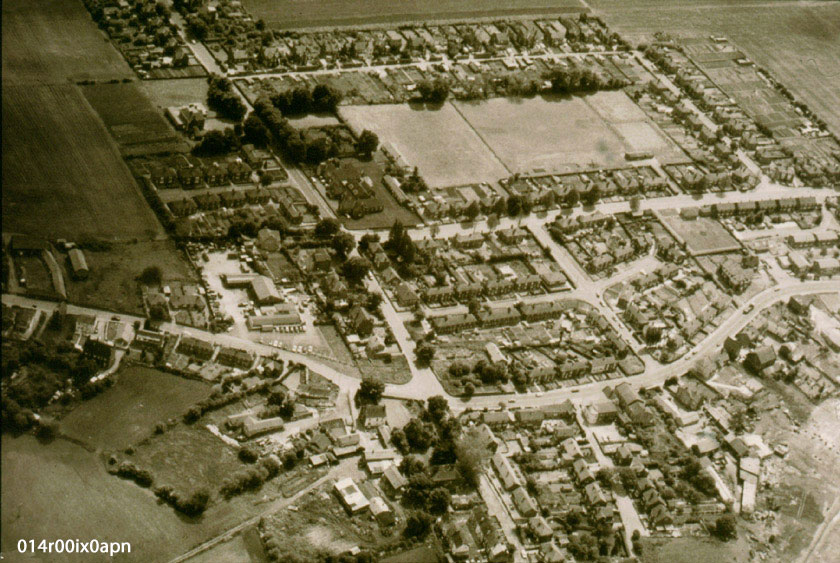 The curve of Main Street and the ‘grid’ lay-out of new development is evident.

The Manor was held by the Hospital of St. Nicholas, Pontefract, though the Lord of the Manor did not reside here permanently. It had a manor house and out-buildings, farm, orchards and even a vineyard. Beyond Savile Road are the school and public playing fields, Oaklands and Oaksfield houses.

On the right is Summerhill Road, built 1931. On the left is Taylor Grove, built 1925-26, opposite to the school, the Working Men’s Club and part of Pinfold Lane. On the left beyond Pinfold Lane is Lower Mickletown – on North side is Laurel Farm, South View, and Waides Buildings. On the South side are the Shand Offices and workyard and then bungalows and White House Farm.