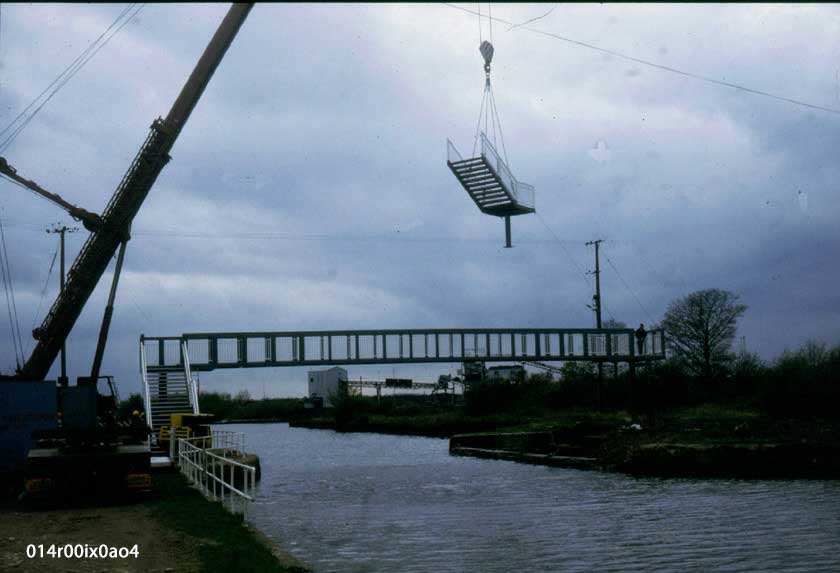 Section of permanent bridge being swung into position

Section of permanent bridge being swung into position

A section of permanent canal bridge being swung into position by a large crane. This 70 ton crane slipped off the track in Pit Lane into the field ditch as it was being taken to the canal.

It took almost five hours and other machinery to manoeuvre the crane back onto the Pit Lane track.

The Canal Bridge was completed, 9th May, 1986. In the foreground is the Methley side of the canal. 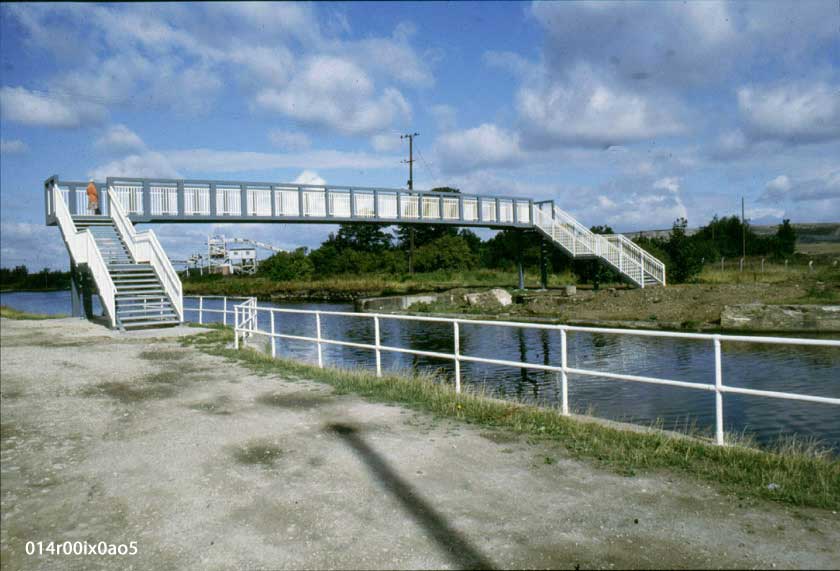 It is said that at one time there was a ferry over the river Aire from Methley to Bowers Row and Astley. This was replaced by a bridge. Colin Seymour found evidence of a 1472 footpath on an ancient map.

In 1831 an iron bridge was built over the River Aire. It was built at Milton Ironworks and was always referred to as the Iron Bridge by local people. It gave access to Bowers Row and Astley from Methley. This bridge was closed because of open-cast coal mining operations in 1970. Open cast operations also re-routed the river.

On January 13th, 1986, this new iron bridge was erected over the River Aire (new route). This bridge , with its 150 ft span, was built by the National Coal Board (opencast division) and cost approximately £500.000. It was not in the same position as the earlier bridge.

The two bridges, this over the river and the other over the canal, re-opened the ancient right of way between Methley and Allerton Bywater, though on a different route. The bridge was dismantled in 1994 – to be eventually re-erected to replace the former Allerton Ferry.