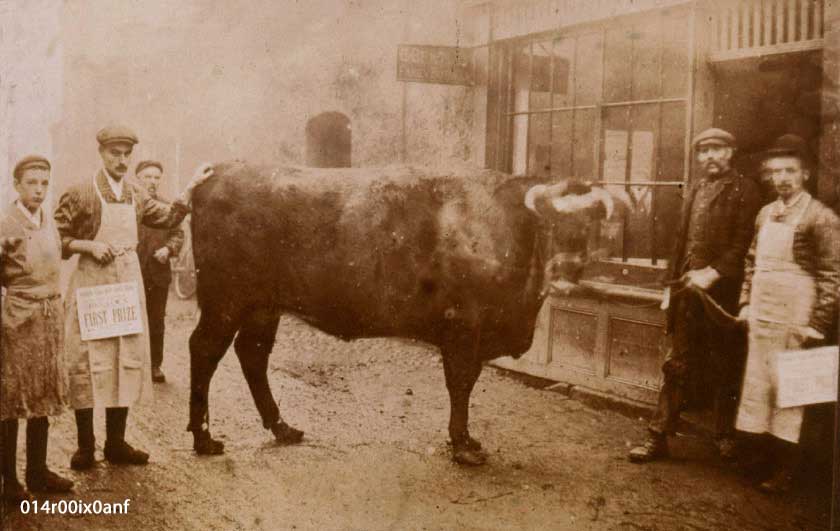 Mr Bentley with his prize-winning bull near his butcher's Shop on Main Street.

Mr Bentley with his prize-winning bull

An old photo of Bentley’s Butcher’s Shop, Main Street. It was separated from the off-licence shop by a gateway, and attached to Woodhall Manor, almost where 2 council-built houses are now, immediately below the bungalows.

Mr. Bentley (butcher) and his prize-winning bull stand in the road outside the shop. Mr. Bentley has his prize placard and hand on the rump of the bull

Butcher Bentley and his assistant are in the doorway. On the right is the butcher boy with his wicker basket. He delivered meat orders to households, this butcher boy is Johnny Walker.

He later became a butcher in Lower Mickletown, serving the community for many years, and was followed by his son Mr. Dennis Walker, who was the first occupant of a butcher’s shop which was almost opposite this old one of Bentley’s. Next to the butcher boy is Charlie Bentley, young son of Mr. Bentley, who later became a farmer.

Note the amount of meat in the window and carcases hung at the rear of the shop an indication of how much meat was eaten in those days. 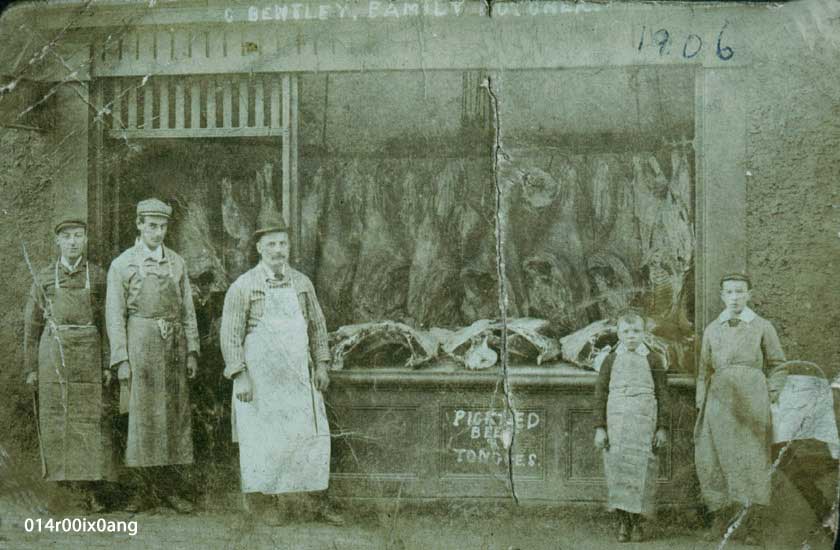 A closer view of the same shop