Bridges on the Canal 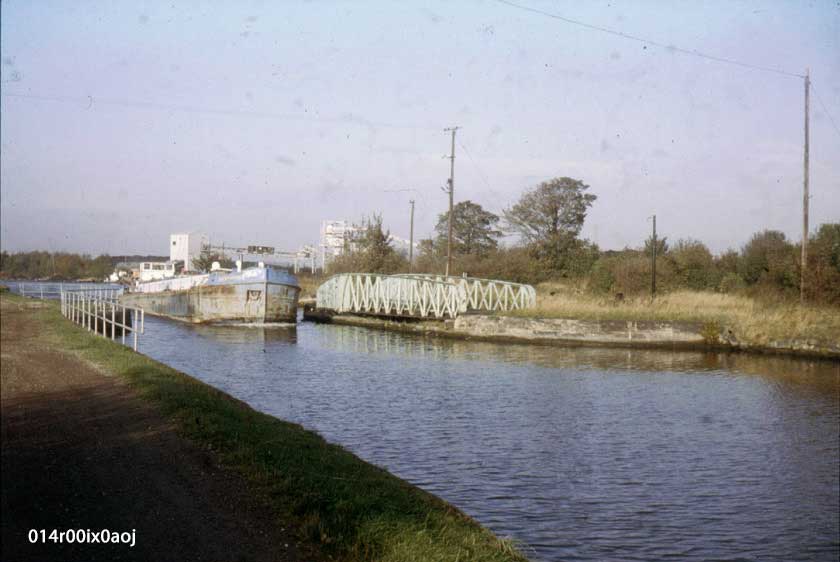 Caroline Bridge swung back with boat on canal 1982.

Caroline Bridge swung back as in the photo, with a boat on canal, 1982.

Note all the properties over the canal have been demolished. At the rear are the new coal-landing staithes for opencast coal, approximately on the site of the former coal landing-staithes (used by Bowers Row Pit – a railroad brought the coal to the river). Coal is brought to these staithes in dumpers from the opencast site for canal transport to Ferrybridge Power Station.s.

Temporary bridge over the Canal

Temporary wood and scaffold bridge over the canal, erected July 1984 to re-open the public right of way. The right of way to Astley and Bowers Row closed in 1972 because of the opencast coal mining.

In his campaign Mr. Seymour produced a 1472 map from the archives in Leeds showing the existence of a footpath between Mickletown and Allerton Bywater over the River Aire and across land where the canal was later built, thus proving an ancient right of way, so this bridge had to be built. 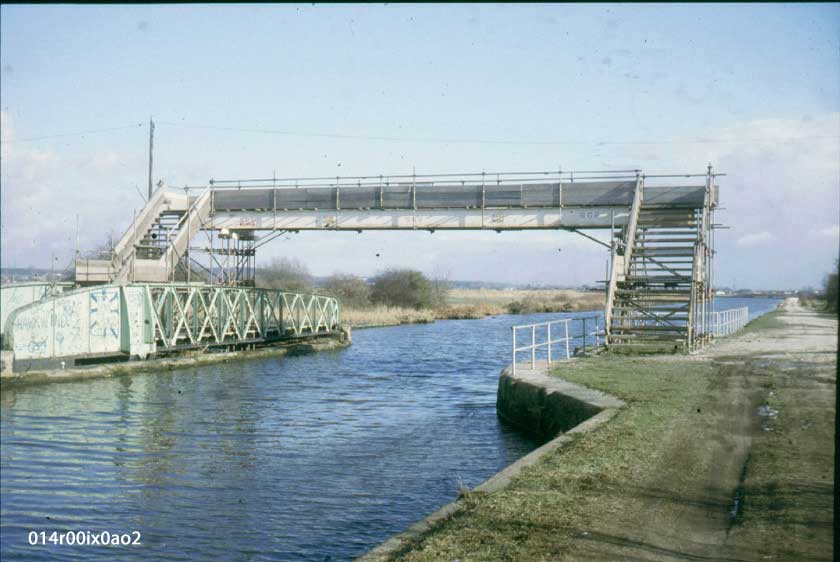 Temporary wood and scaffold bridge over the canal 1984 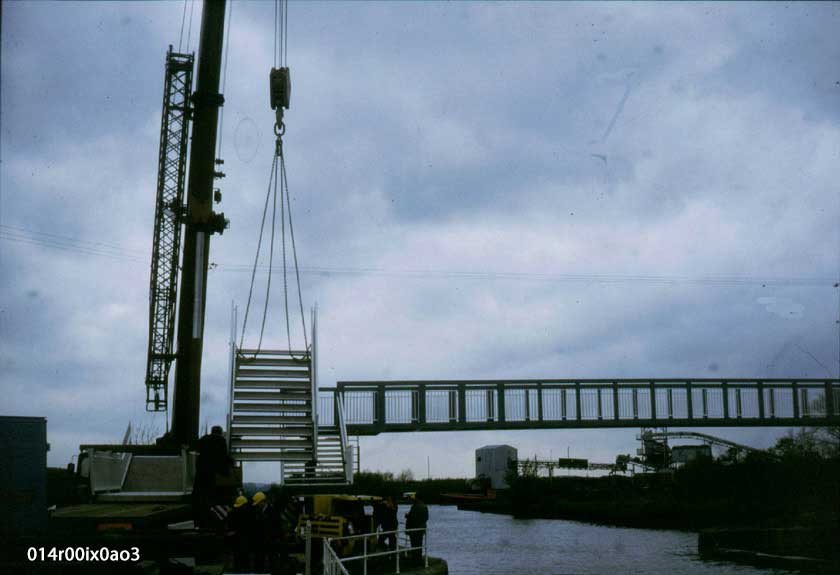 Erection of the permanent bridge 1986.

Erection of permanent bridge over the canal

This bridge was erected by Nusteel, Lympne, Kent, in 1986, to replace the temporary bridge.

The bridgewas 70 ft across. The cost was at least £100,000 and was met by British Waterways – took almost one day to erect. This bridge was dismantled (using crane and ropes) and taken away by canal barges on 16th February, 1995, and possibly re-erected over the River Calder at Stanley.