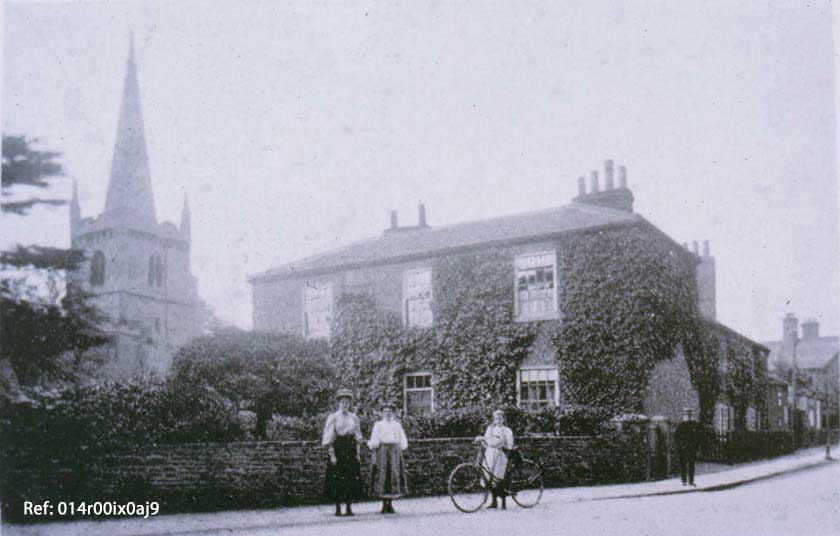 Churchside corner, with St Oswald’s Church and the house formerly inhabited by The Rev. Dawson Lumb, curate. The Rev. Lumb was curate of Methley from 1821 to 1843. He was found drowned in the old river near Swillington Bridge on December 13th, 1843.

The house is now named Churchside House and has altered very little. Beyond is the former Methley Post Office and attached house and beyond that is the Rose and Crown. Note no traffic, the church complete with spire and the dress of the girls.

The gentleman in the picture is Mr. William Goulden, a well known village character, nicknamed ‘Gouldie’. Some people say he lived in this house; others say he lived in the small house in the Post Office yard.

Mr. Goulden was the son of the corn miller in Mickletown; he was left an orphan and was brought up in the Mexboro’ household, later becoming butler to various other gentry and to a Bishop of Ripon.

On his retirement he returned to Methley, occupying one of the houses mentioned above. He always admired and was interested in church music and on his death by his will left £900 (quite a large sum in 1917-19) for the benefit of the Choir and Organist of Methley Church. Interest from this legacy is still used, at one time for the Choir’s Annual Outing, now chiefly for church music.

In its early days it was connected and maybe affiliated with the Rose and Crown, the inn being the Club headquarters. Some old trophies were inscribed ‘Rose and Crown Bowling Club’. The photo shows games in progress and the pavilions. 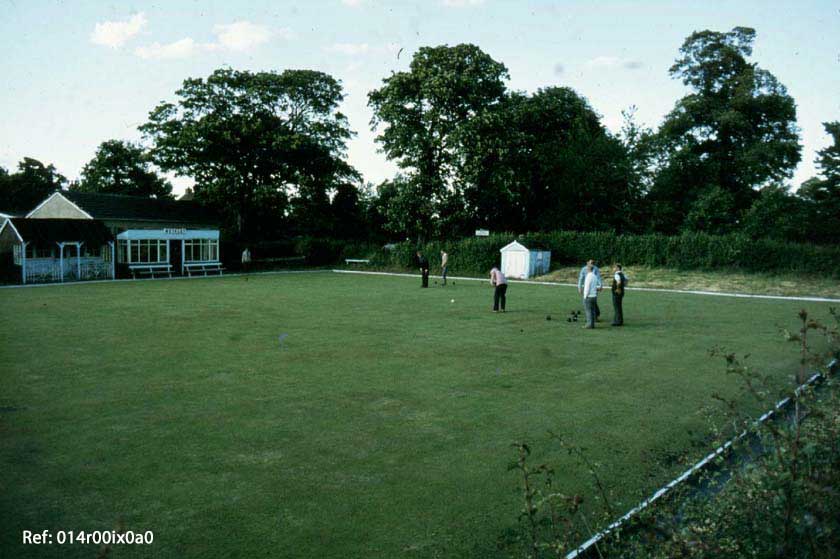 Methley Infant School, front (ie west) view. It was built in 1952 by a local building firm P.J.Parrott and opened in 1953. Built on a field in Little Church Lane, which was previously a part of the grounds of the Cedars.

Used in 1953-1955 as an Infant School for Methley and Mickletown (not Scholey Hill). Closed as an Infant School 1955 on the re-organisation of education; the Infants were transferred to the Controlled C of E School (ex- National School) and after minor alterations the Church Lane building opened as the village Junior School for children 4-11 years of age.

Older village children stayed in Pinfold Lane School, which was made into a Secondary Modern School until 1960, when Pennington Lane School, Rothwell, was completed and Methley pupils were sent there.

Pinfold Lane School closed from 1960 – 1962 for modernisation and refurbishment and reopened Jan/Feb 1962 as the village Junior School, while the Infants returned to the Infants School and the Church School building was closed.

The Infant School now accommodates Infant and Nursery children. The field where the School was built was often previously used, through the generosity of the Embleton family, for village occasions such as Flower Shows and Carnivals and also by some Leeds Sunday Schools as a venue for their annual outing.

Originally these children travelled by train to Woodrow Station and later by road on lorries.