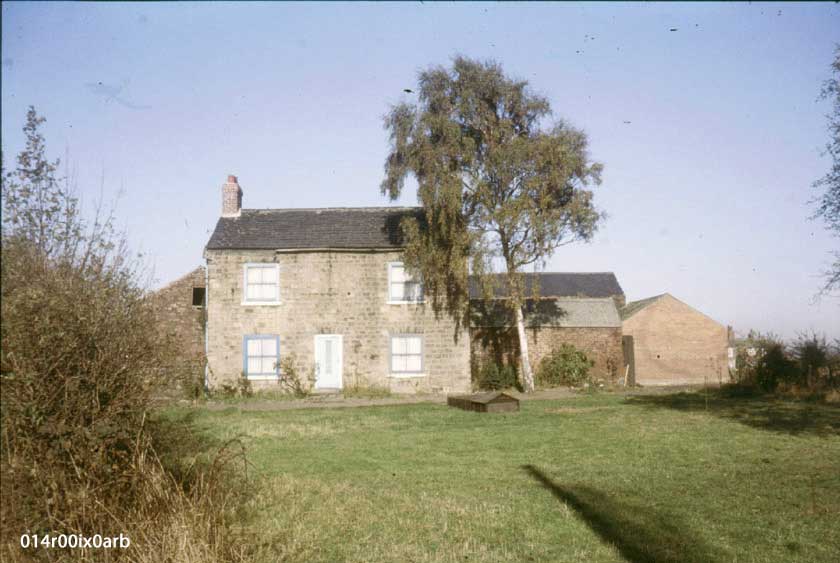 Front of the farmhouse, facing south. The farm buildings are on Mickletown Road, the house is set back at the corner, only the gable is visible from the road.

At the lower end of the farmyard – the opposite corner of the road to Wilson’s Row – stood a row of small cottages, demolished in the late 1920s.

At the end of the first row was the general provision stores which served the households of this community – very important for there was little transport. Behind these two front rows are two rear rows with a large open space separating the two sets of rows. Each house in both rows has its own small, walled back yard, which also contained outside toilet and coalshed. Rear houses same style as front houses.

The two backs of the rows face each other, with the front of the rear houses facing over the fields. 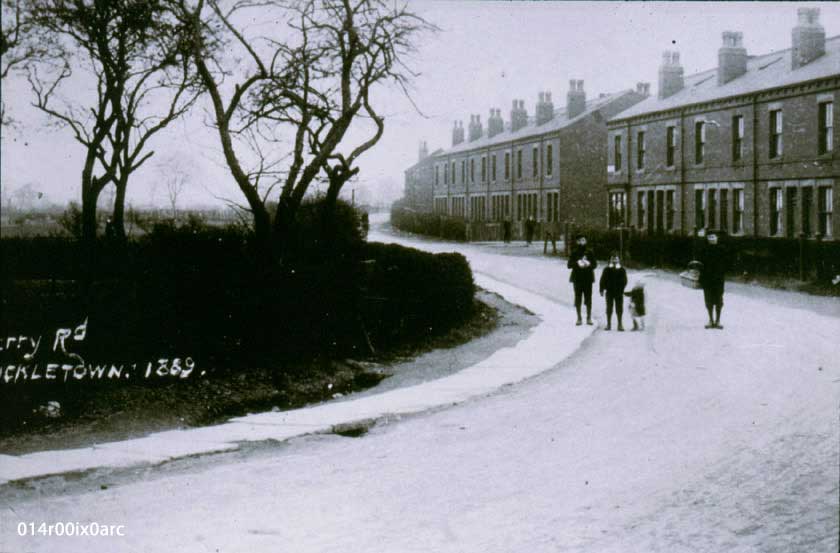 Standing feet astride, in the middle of the road, is the door to door salesman with his wicker basket on his weekly round of village homes, very reminiscent of Mr. Calline, the yeastman, and ‘Fish Dave’. There is a hedge round the ‘Queen Inn’ corner. Coney Moor denotes the prevalence of rabbits. It is interesting to note that in 1763 newspaper records mention horse-racing taking place on the Coney Moor, the favourite horse being Black Bess..