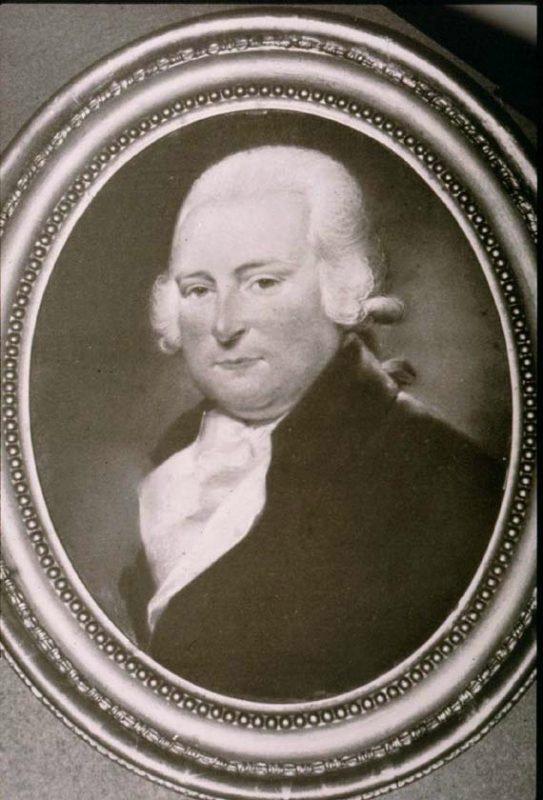 He occupied Dunford House at the beginning of the 19th century. He established a pottery at Castleford about 1790. David Dunderdale (Senior) bought an existing
pottery in Castleford (built 1784), which manufactured bricks, tiles and coarse pottery ware.

His son David, a Leeds linen-merchant, inherited the Castleford pottery at the age of 18 and, whilst continuing the early business, began to manufacture finer wares, especially Queen’s Ware and Black Egyptian, and many similar to early Wedgewood and Leeds Pottery. Indeed several designs were copied from Wedgewood and Leeds patterns.

The firm rapidly expanded. Young David was in partnership with John Plows but in 1803 Plows was declared bankrupt in connection with other business activities and
the partnership was dissolved. A new company was formed and traded under the name of David Dunderdale & Co. and was known as The Castleford Pottery.

The firm built up a booming export trade with America and the Continent but the Napoleonic blockade of 1806 stopped the export trade and financial trouble ensued. The pottery turned to making transfer printed wares for the domestic market, mostly teapots, jugs and dinner services but this did not ease the financial problems. A series of loans were taken out but in 1818 David Dunderdale had to sell his home – Dunford House – and in 1821 the company went into liquidation.

David Dunderdale returned to his native Leeds, where he died three years later on May 3rd,1824, and was buried at St. John’s Churchyard, Leeds, next to his parents. The gravestone bears no reference to the pottery but reads ” David Dunderdale 1772-1824, late of Dunford House”.

Part of the site of the pottery continued under many different owners, including a Mr. Nicholson, who teamed up with Thomas Hartley and, in 1871, Hugh McDowell Clokie and John Masterman. David Dunderdale married Ann Bramley of Methley in Methley Parish Church in 1794. He became a Churchwarden and Overseer of the Poor 1799-1814.

Attached to the end of a pew on the right of the main aisle near the front of the church, is a copper plaque with an inscription to the memory of 2 of his 8 children – seven of whom were baptised at St. Oswald’s Church: Christopher, who died at ayear old and Isabella, who died aged 16. The reverse side of the plaque is engraved for printing transfers to plates and other tableware, presumably at Castleford Pottery.

Examples of cream ware manufactured at the pottery – from an exhibition of local pottery in Pontefract Museum, Spring, 1988. Quality of existing ware varies, most in museums, but pieces can still be found by ‘amateurs’, though they can be quite expensive.

Interested buyers should checkout  www.ebay.com. Many of the designs on ware on this photo are similar to Leeds Pottery and early Wedgewood cream ware. 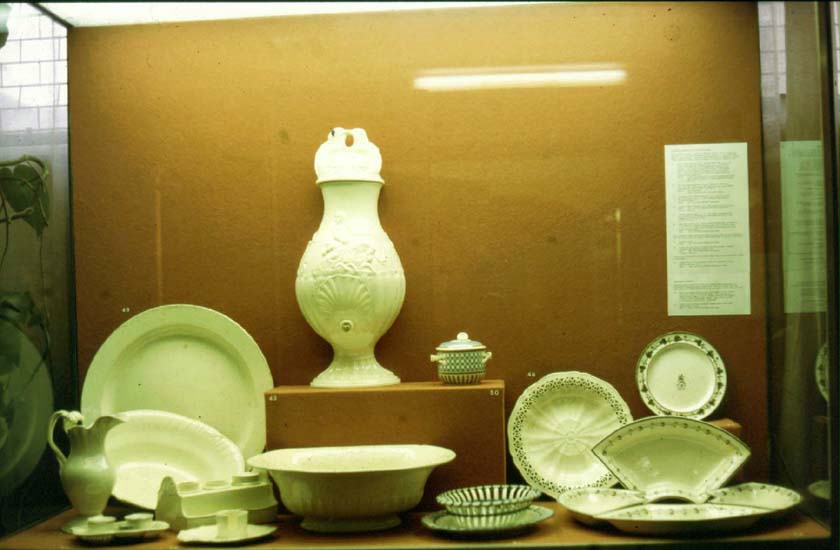