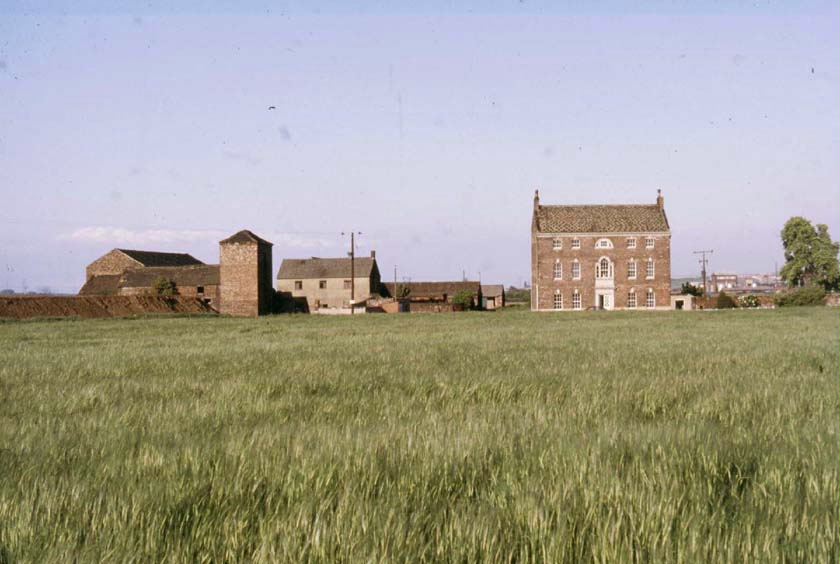 The house stands in the fields to the east side of Green Lane and is easily seen from the A639. and is quite a landmark on the busy road. This photo shows the house restored (late 1970s) but retaining its original Georgian character.

There was a house on this site in the 15th century. Robert Waterton died and left no legitimate offspring and in the partitioning of his estate 1488, Dunford House was given to Robert Tempest and Dame Katherine Welles, daughter of Lionel Lord Welles and therefore grand-daughter to Robert Waterton. There are various spellings of Dunford recorded: Dun(s)forth, Dunfurthe, Dounsford, Dun(s)ford.

A record of 1587 in the will of John Burton, proved in this year “to my brother Astwicke a house called Dunffurthe House”. The 1592 Land Tax records Burtons at Dunsforthe. Later the Smithson family is recorded at Dunsforth.

In 1704 the land was released and leased to Samuel Stocks, yoeman, for £550 – messuage of Dunford Houses and 4 closes. The Stocks family owned and leased quite an amount of land in the 18th century.

An indenture dated 1759 between John, Lord Pollington and Michael Stocks of Methley, gentleman, contains the statement that ” Michael Stocks has lately built a good mansion house….near that Common called Windmill Moor… lying on the east side of the causeway and road leading from Methley Bridge to Methley Church.”

The house is now owned by Mexborough estate and occupied by a tenant farmer. This view shows the fine Georgian house and, on the right, the restored farm buildings.

On the far right is the barrier for the sand and gravel quarry.