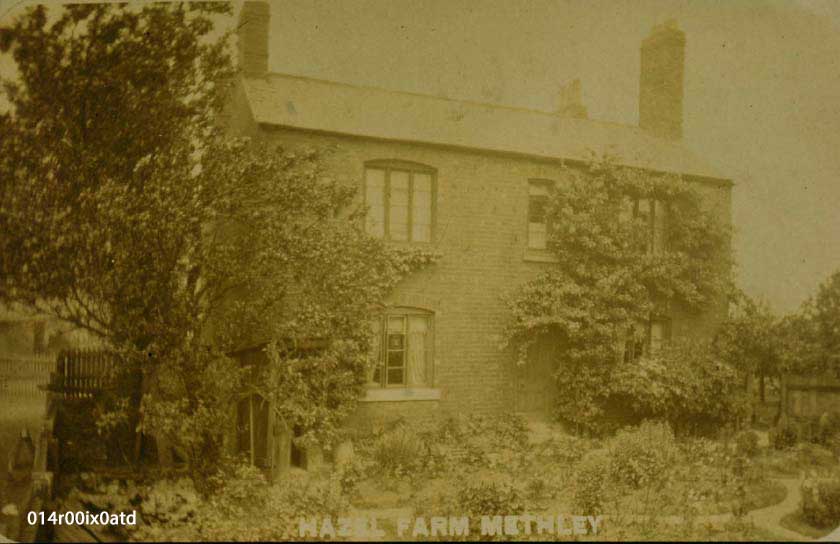 Hazel Farm has the same entrance as Hazel House but stands to the rear and towards the east. The front of the house faces due south. At this time it was occupied by the Cockroft family.

Later occupied by Mr. Beilby, when he was bailiff for the Briggs’. The next generation of the Beilby’s had the farm as tenant farmers under Mexboroughs when Briggs gave up their farming interests. Ledger Burton farmed there in the 1940s and later members of the Lodge family farmed there.

The house has been modernised and refurbished but there has been no drastic alteration to the architecture of the exterior. Occupied in 1982 by the Lodge family. 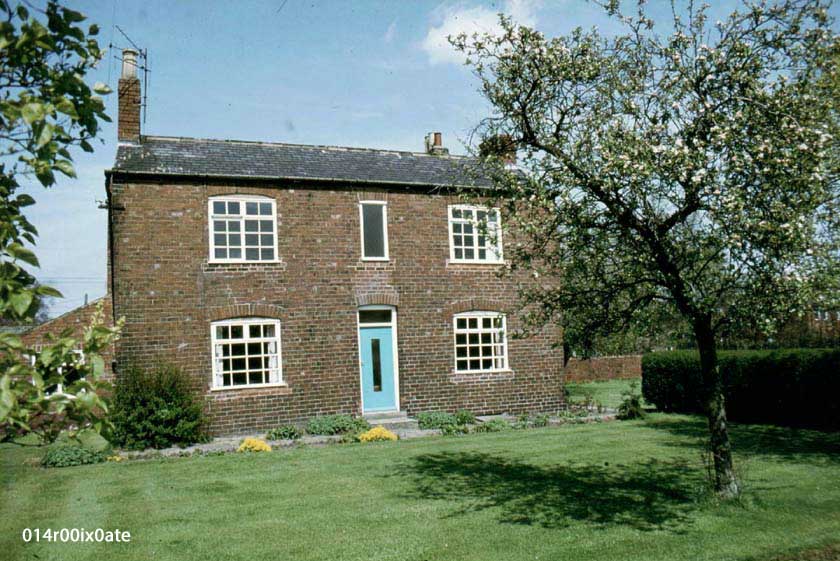 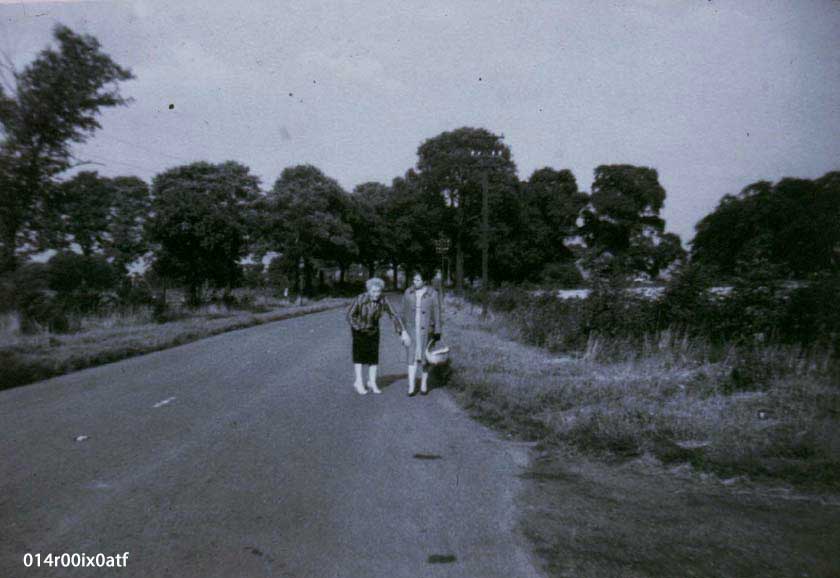 Watergate – looking from the Junction Inn towards Pinder Green. A rural scene with trees and hedges along the roadside. The line of trees in the nrear marks the entrance to Hazel house and Hazel Farm.

In the right foreground is the forecourt of the Junction Inn.