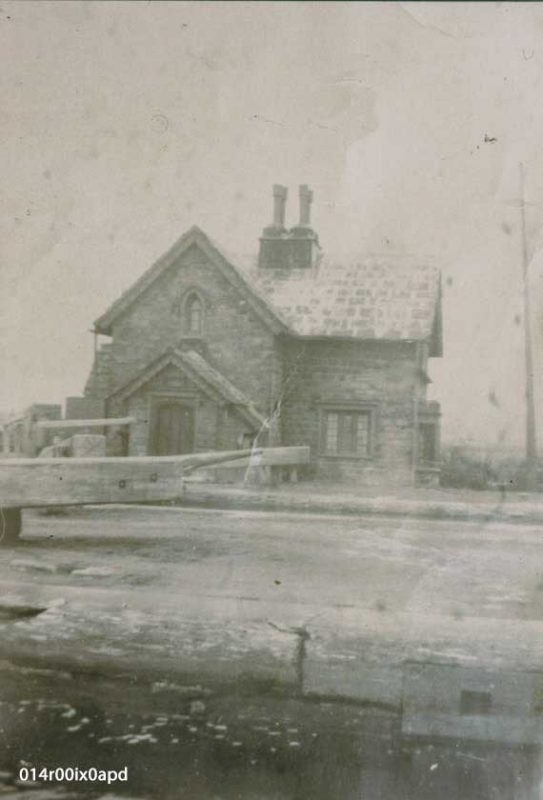 Kippax Locks – the old house of the lock keeper, now demolished. The house stood on the far bank of the canal, between the river and the canal. Access from Methley was over the lock gates.

The house had no amenities; domestic water was supplied in cans by canal barges. The cans or urns were probably copper to prevent rusting. Note the manually operated lock gates.

Kippax Locks – old house of lock-keeper. Shows the position of the old house between the canal and the river. On the right is the old lock. The Clarkson family were lock keepers for many years. 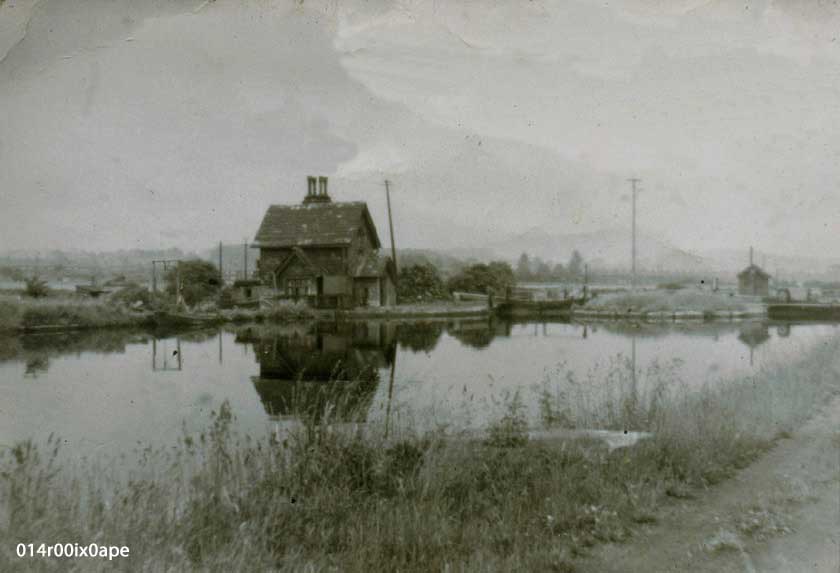 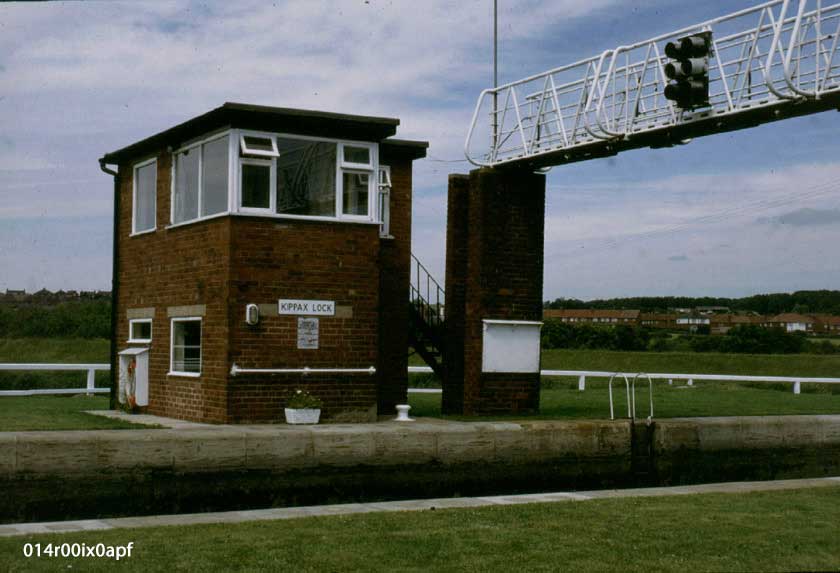 Shows the lock-keeper’s control box on far bank of canal. The locks here are now mechanically operated. The operating levers and ‘look-out’ for the lock-keeper are on the upper floor of the building.

Note the high level signal lights. In the background are houses of Allerton Bywater.

Here we see the complete lock complex and lock-keeper’s modern bungalow on the Methley side of the canal. Also shows control box, high gantry, signals and mechanised lock-gates.

The canal is wider on the approach to the lock. 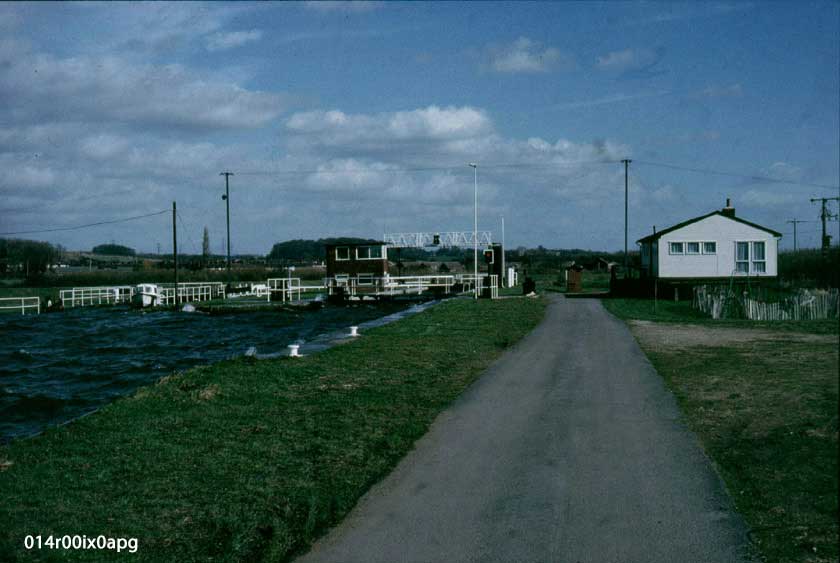