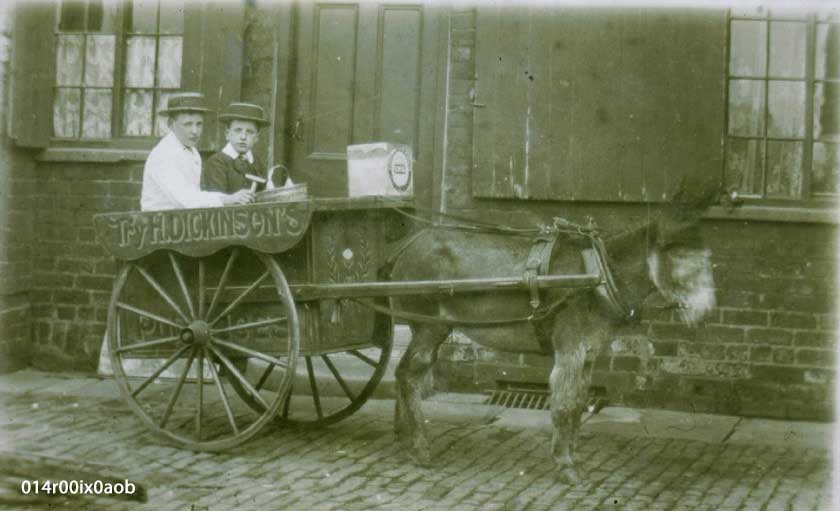 John and Tommy Dickinson at the rear of the old Mickletown Post Office.

Tom in the dark suit and John in the white coat. John became a builder and built some of the houses in Church Lane. Note cart, donkey, cobbled rear yard and back of house. H. Dickinson was Harriet Dickinson, their mother, a widow at this time. There are records of Dickinsons here in 1890-91 and 1898. 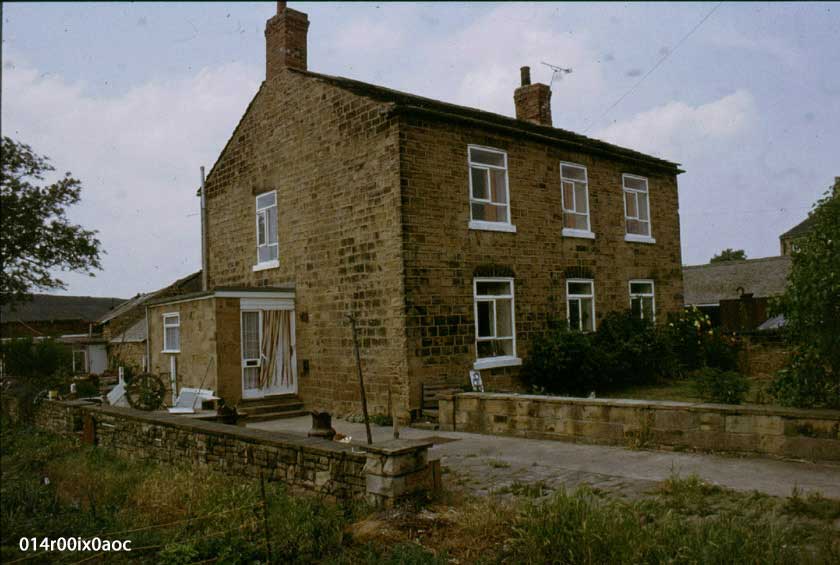 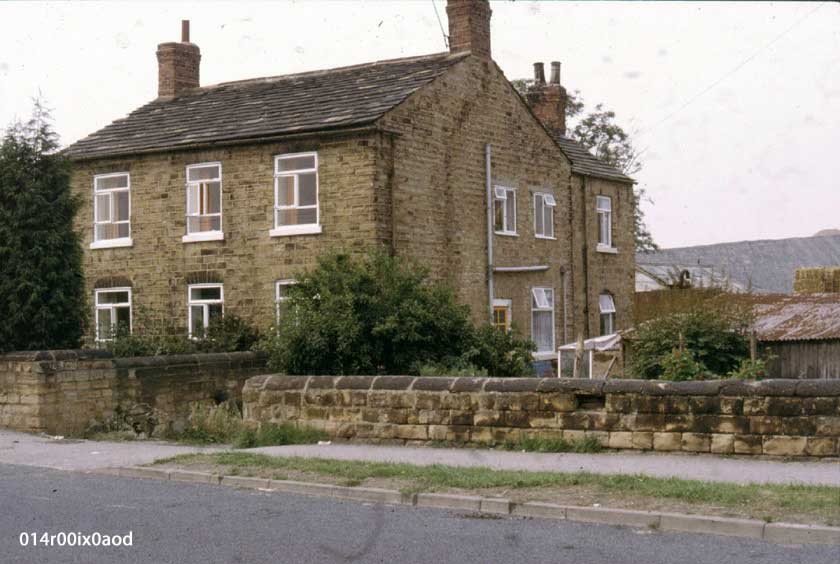 The present farm house and cottage at the rear is probably 19th century, but records of the 16th century denote a farm on this site. It was then the property of Otho Hunt, Rector of Methley, 1567-1591, and from whom the farm received its name.

Interesting note in Otho Hunt’s will – after bequeathing property in Methley to his relatives for their lives, then ‘ to the funding of one or two poor folkes in the Universitie Colledge in Oxford, born at Swindon in the Parish of Wath near Rotherham, where I was borne, or else within the parishes of Wath, Methley or Kirkburton. If this offer is not accepted by Universitie Colledge, it shall be made to Brasen Nose Colledge and if my poor offer cannot be accepted by either then my brother to appoint eight feoffes to the use of a free school in Swindon’.

Probable revenue for this bequest derived and the benefaction supported from Hunt’s Farm. The bequest was accepted by University College and for many years was kept apart to be used for the purpose for which it was made. The action of various commissions consolidated this and similar bequests and Otho Hunt’s legacy has for many years formed part of the general funds of the College. The original bequest five pounds per annum, but in 1760 Dr. Brown augmented it to £20.00 and later the College increased it to £30.00.

Otho Hunt held land in the Westfeilde, Churchfeilde, Eastfeilde and Okefeilde. Possibly one of the Shippen Family of Low Common – William – went to Oxford on the foundation of Otho Hunt in 1653.

Pinfold Lane used to skirt a portion of the farm property and was called College Balk Road.