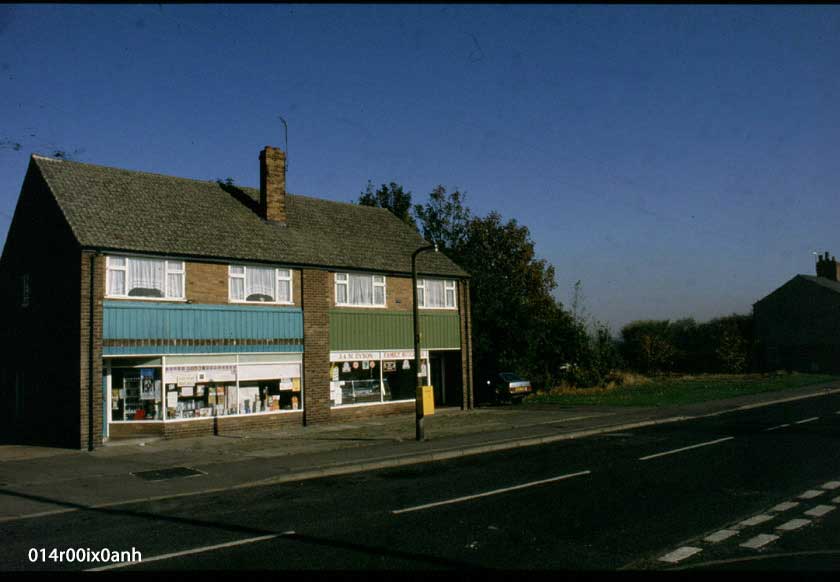 Main Street shops, almost opposite to the old people’s bungalows. Photograph taken in the 1980’s.

These are two council built shops with living accommodation. The shops were built almost on the site of two older shops – Parker’s grocery and Milner’s drapers. The two old shops stood directly on the pavement, while the two new shops are set back from the pavement with their own forecourt.

Built in the 1960s, the left hand shop was Mrs. Heaton’s general store and the right hand one was Mr. Dennis Walker’s butcher’s shop. The Primitive Methodist Chapel stood on the grassy site.

Similar position to the one above but here only the butcher’s shop is visible. In the foreground is the entrance to the old people’s bungalows.

Again note the grassy site where the Primitive Methodist Chapel stood. The Savile Pit spoil heap is in the background rear and, lower down Main Street are four older cottages (now renovated) built in the mid-19th century. 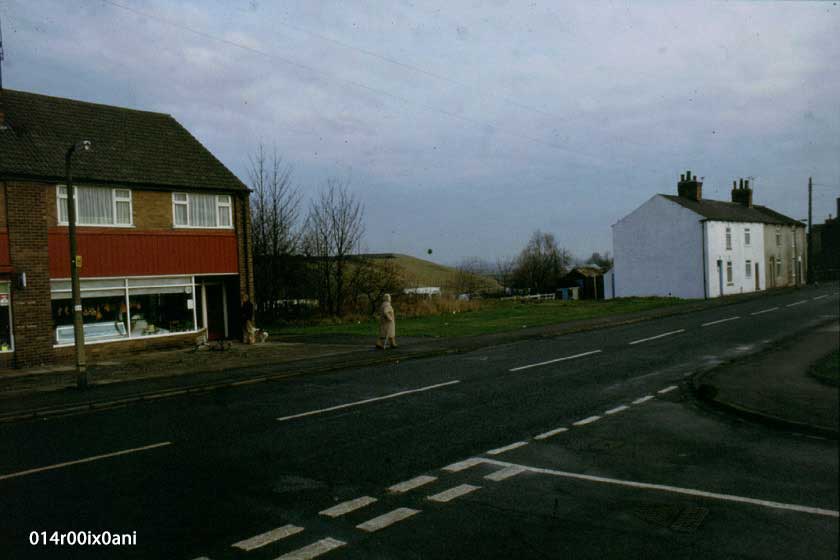 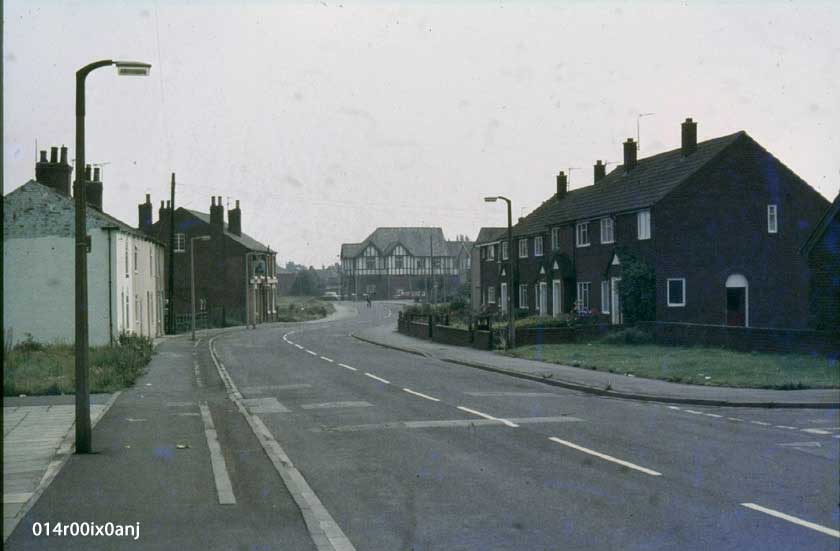 On the left is the forecourt of the two modern shops and the grassy site of former Primitive Methodist Chapel, the four renovated older cottages and the Bay Horse Public House.

On the right is the entrance to the old people’s bungalows and houses built by the council in 1960s. The old butcher’s shop (Bentleys) was approximately where the first council house is and was attached to Woodhall Manor, which stood where the first block of council houses (after the bungalows) now stand.

Manor Farm and its farmyard was where the flats were built, ie. next to the council built houses. Bickerdyke Buildings followed. They consisted of two houses parallel with Main Street (now demolished) and two at right angles to Main Street which still remain. In the background is the mock Tudor ex-Miner’s Welfare. Between the Welfare and Bickerdyke Buildings, where the flats and community centre are, there were other older properties now demolished.