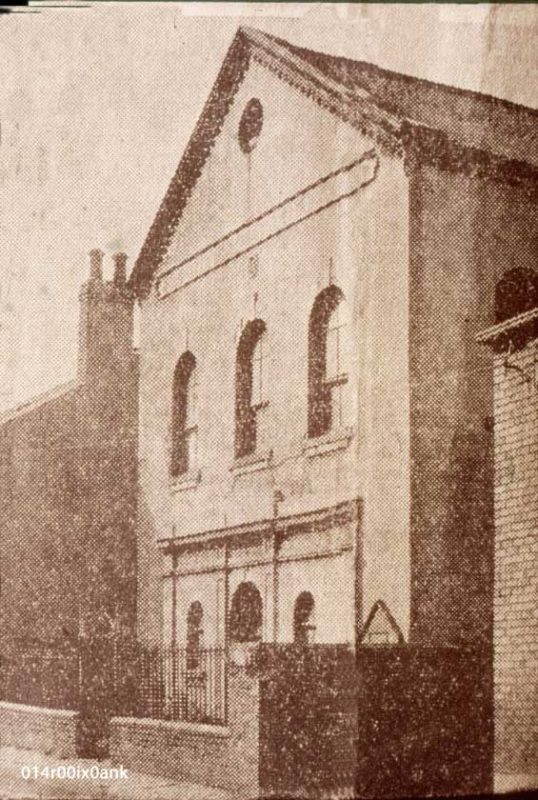 This photo from about 1949 shows one of three chapels in Mickletown.

This photo from about 1949 shows one of three chapels in Mickletown. This stood on the grassland between the Mini Mart (2003) and 4 older properties.

It was a large chapel, built in 1866 at a cost of £600 and closed in the early 1950s, the first of the three Mickletown Chapels to close. It had a large gallery and, at the rear, a large schoolroom. Access to this was through the Chapel itself or down a passage between the Chapel and Milner’s Shop.

Like all of our village chapels, it was well attended for many years and had especially large congregations at Sunday School Anniversaries, when the chapel was packed to capacity, even to sitting on the balcony steps. The doors were opened so that the overflow congregation could hear the singing.

The new frontage shown on the photograph was added 1935-36. The chapel was affiliated to Rothwell Primitive Methodist Circuit. After closure as a chapel in the mid 1950s it became a small clothing factory employing local female labour, and ended its life as an electrical workshop, managed by a local man, Mr. Ledbury.