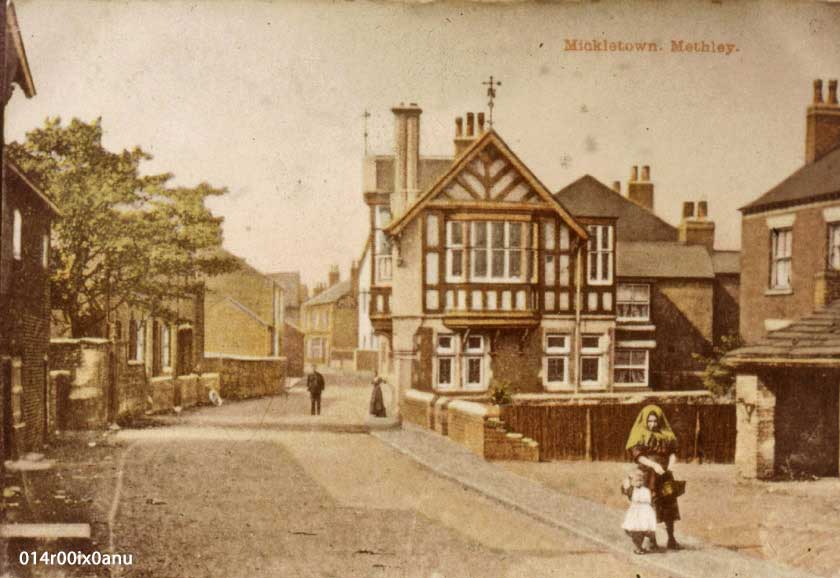 Main Street was called Town Street until 1898. This view is approximately from the large bungalow, Stocks Hill, Main Street.

The girl and child are on the footpath in front of the village blacksmith’s and shoeing shop. Children often gathered in the forecourt watching farm and carriage horses being shod. The blacksmiths were Longbottoms and then Parrotts.

The two tall houses set back from the road, each with a long garden (68 and 70 Main Street) are still standing though now are plaster-rendered. The mock-Tudor building is the Lord Nelson Inn – with the houses of Nelson Yard at the rear. Its overhanging upper storey hides the Bay Horse and older houses beyond.

Further along is the high-gabled Primitive Methodist Chapel and its forecourt and beyond this the two shops – Milner’s drapers (first Mrs. Asquith’s) and Parkers (later Barkers) grocer, which stood directly on the pavement, almost where the present mini market is, though the new shop is are set further back from the road.

Across the road, though lower down than the shops, is the gable of Woodhall Manor, opposite to 4 older houses. Next comes Manor Farm, the house, the low stone wall of the farmyard and the two front houses of Bickerdyke Buildings with their private low-walled frontage.

The tree in the foreground, a sycamore, grew in the grounds of the Garden House. Websdale’s fish and chip shop, which was opposite to the blacksmiths is not on this picture.

In its early days it was connected and maybe affiliated with the Rose and Crown, the inn being the Club headquarters. Some old trophies were inscribed ‘Rose and Crown Bowling Club’. The photo shows games in progress and the pavilions. 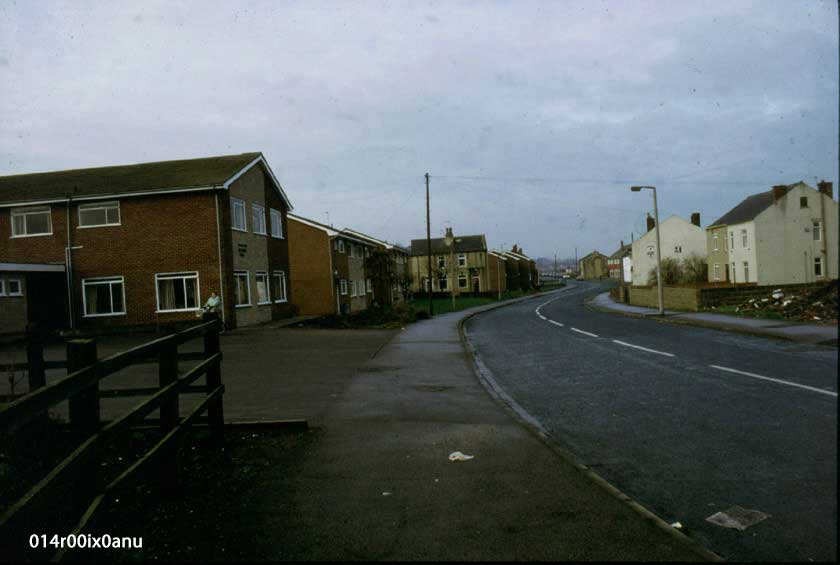