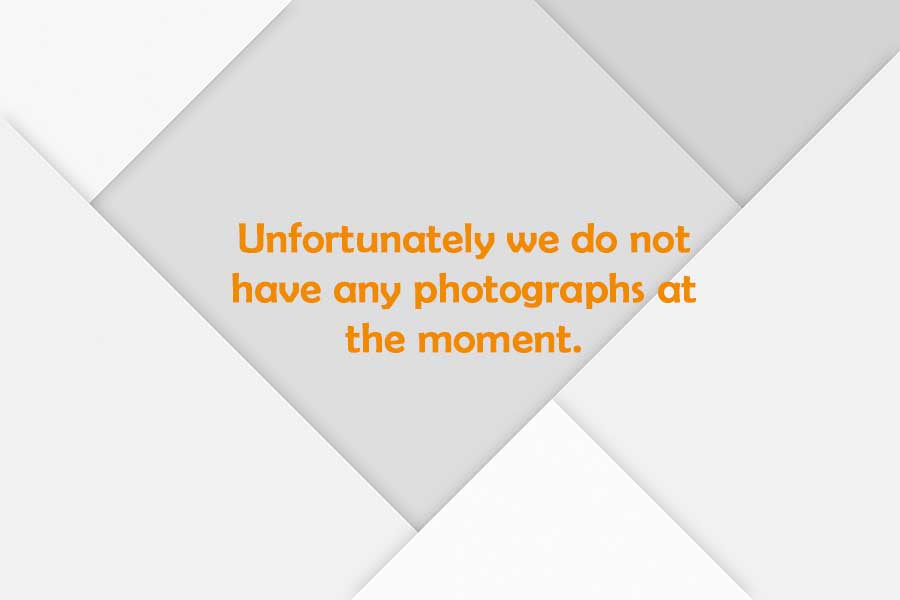 The Foundation stones of the Wesleyan Chapel were laid in 1887 and it was officially opened in July 1888, though baptism records go back some 30 years earlier when services were held in the present Sunday School at the rear of this building. It is reported that before this, the first meetings of the Wesleyan Methodists were house meetings and services were held in the present Mickletown Post Office property next to the chapel. Some foundation stones at the front of the building have names of donors, just ordinary people, not especially well-to-do but devout Christians and Wesleyans.

Note the large urns on the roof apex; these had to be removed for safety precautions c. 1958, when the chapel was damaged by mining subsidence. Extensive repairs were carried out. The name was changed from Wesleyan to general Methodist on the Methodist Union in 1932. 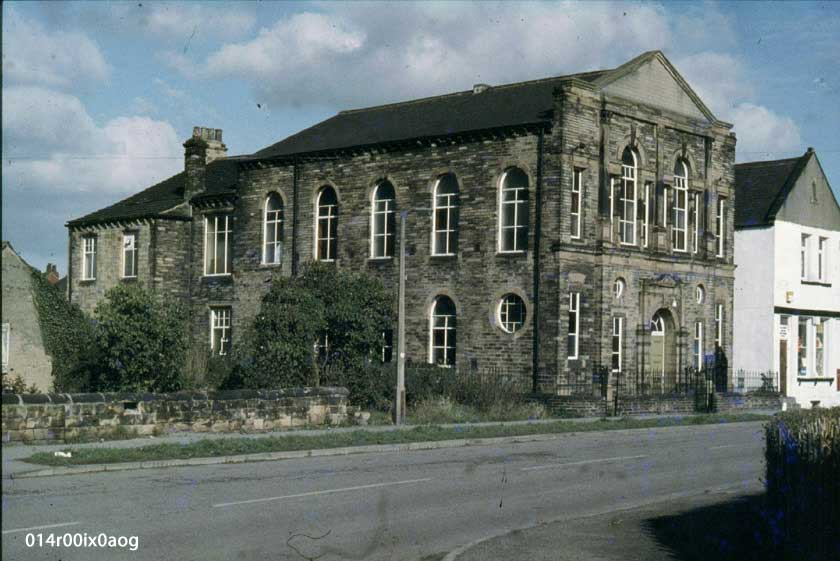 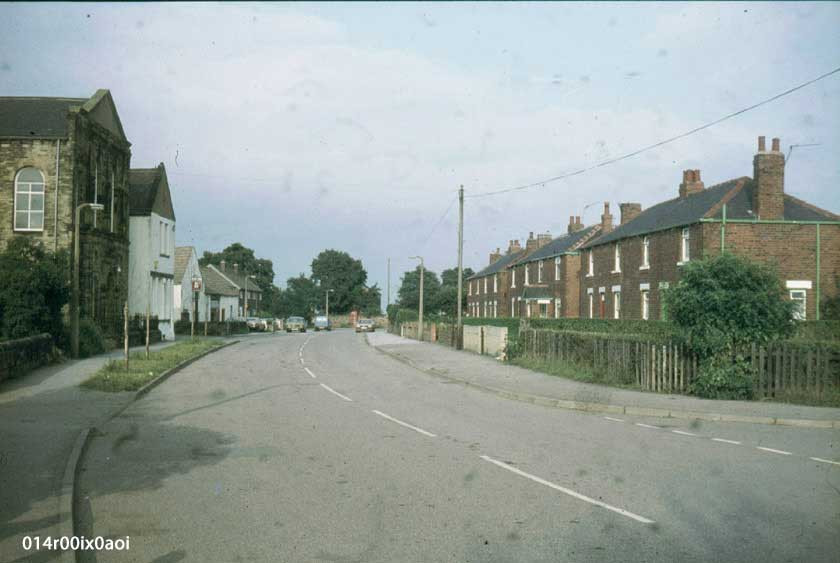 The photo on the right was taken looking from Hunt’s Farm towards Pinfold Lane.
On the right are the fence and hedge round the corner of St. Margaret’s Avenue and the six privately owned houses, built in 1924 as private houses though outwardly similar to Council built houses.

On the left are the stone wall of the garden of Hunt’s Farm, the shrubs where Rose Cottages stood (now spare land), the Wesleyan Chapel, Mickletown Post Office, and the renovated ex-butcher’s shop and house. This hides 2 private houses, but Council built houses are visible approx. where Red House stood.

Painting of interior of Wesleyan Chapel, before 1978

Here we see the balcony, ground floor, pulpit and upper storey. In the middle is the fine pipe organ, in front are the choir seats and, in the corner, the door to the upper schoolroom. There is very fine woodwork throughout the Chapel making it a very dignified building.

In 1978, because of smaller congregations and the high cost of heating the upper floor, a ‘false’ ceiling was constructed across the top of the balcony, made of polystyrene tiles, and just the ground floor was used for services. The pulpit is still used but an electric organ (in the corner on the ground floor near the door to the vestry) replaced the large pipe organ. 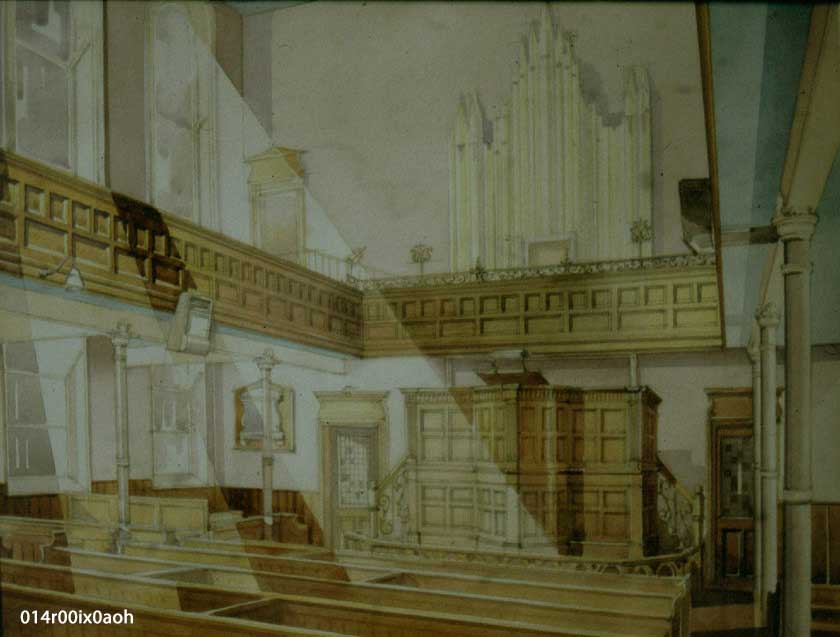 Painting of interior of Wesleyan Chapel, before 1978