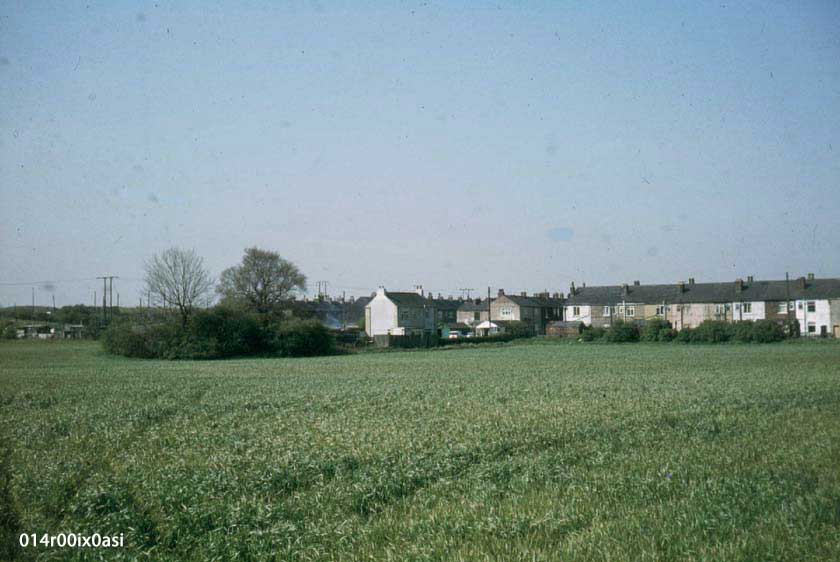 The rear of Green Row, or Long Row as it was often called, faced towards Low Common. This photo shows the upper part of this row. It was one of five rows of houses built in 19th century by local colliery owners for their work people, the builders were probably the Burnleys, the first owners of the Junction Colliery.

In the field at the forefront, near the detached house there was, in 1789, a brickworks. The field in front of the detached house and immediately before Long Row was known for many years as the Brickworks Field. Methley Cricket Club, which was 125 years old in 1992, played their first matches on a cricket pitch here in 1867.

Here we see the whole of Long Row, showing the rear of the houses. By the time this photo was taken most of the houses were individually owned, hence the variations in the decoration of the houses. 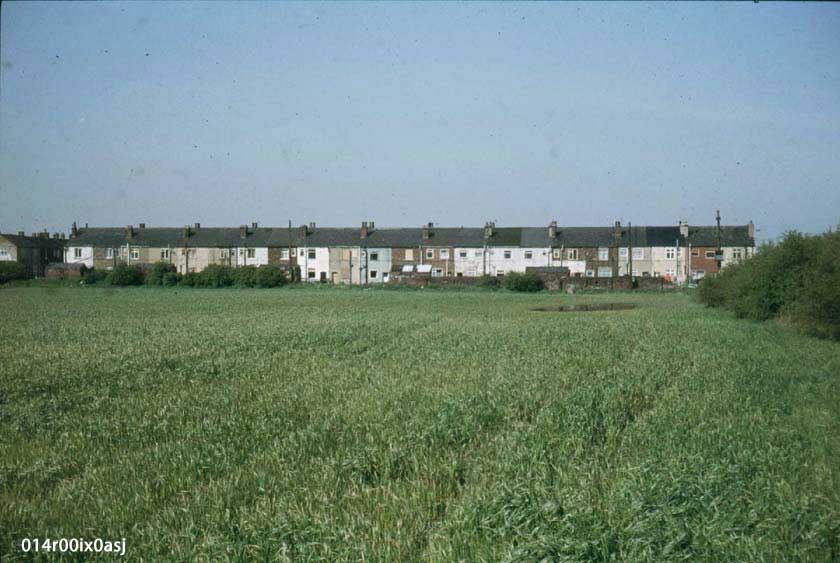