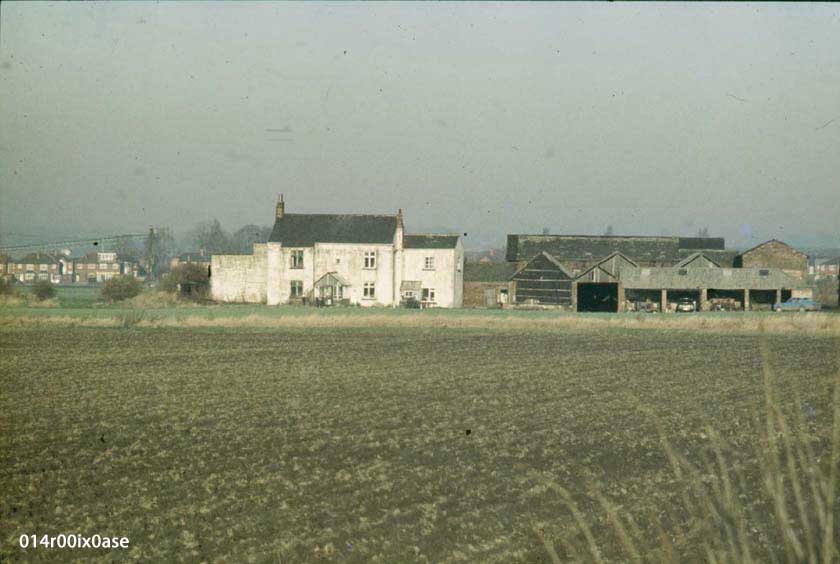 View from A639. The farm is on the north side of this road. The front of the farm faces south onto this road. A farm is shown here on 1786 map. Mr. Sunny Huddlestone, a pioneer of market gardening in the village, occupied the farm in the 1920s and was followed by his sons.

The farm is owned by Mexborough Estates. Oaksfield houses can be seen at the rear of the photo.

Close-up of the front of the farmhouse shows it delapidated and in need of repair. On the right is the large house, where the farmer and his family lived. Attached to this on the left is a smaller cottage, occupied by the chief farmer-man and his family.

The larger house is now unoccupied but two rooms nearest the cottage (upstairs and downstairs) now incorporated into the cottage to enlarge this property. 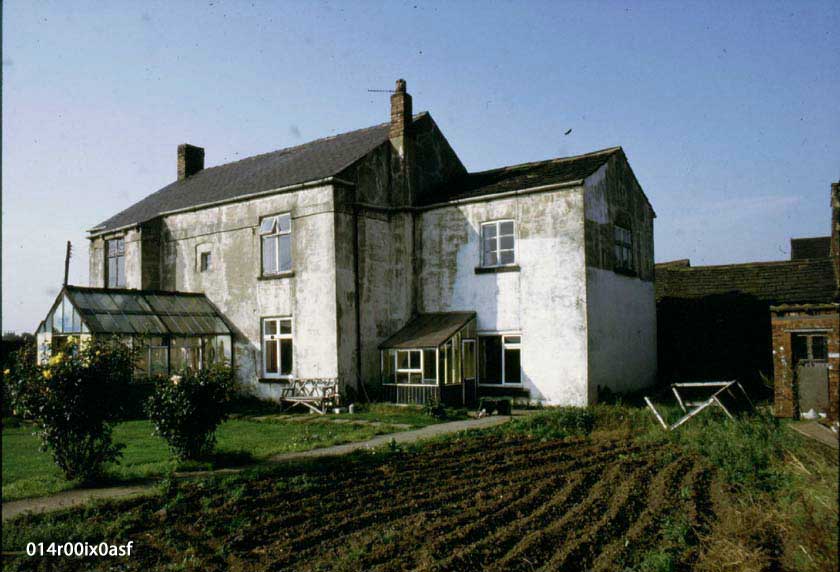 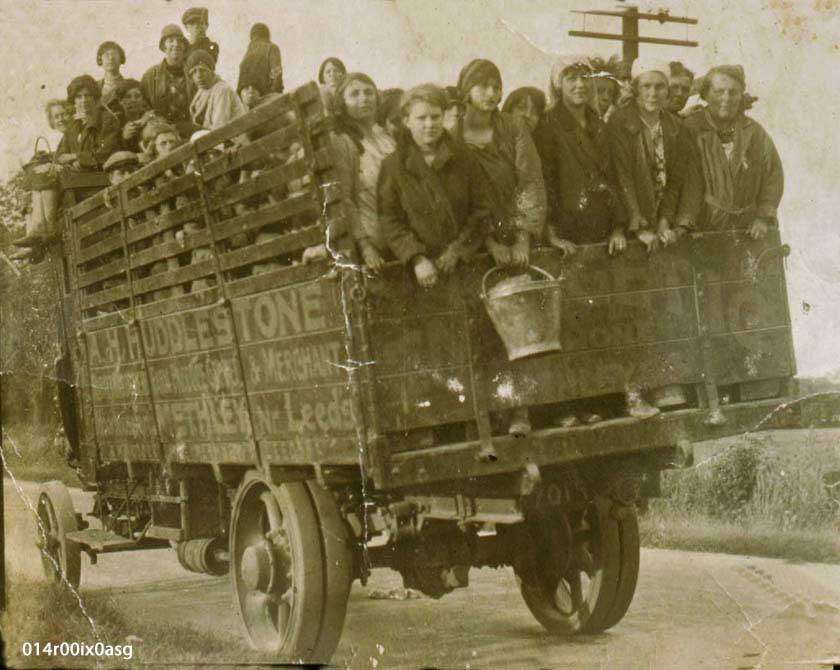 Landworkers employed by Huddlestones of Moorhouse Farm in the 1920's and 30's.

Extra helpers, often women, were employed for peapulling and potato picking.
This group of women is typical of helpers, standing in Huddlestone’s wagon – note name on side of wagon and the solid tyres – complete with own bucket for harvesting the crop and also later for gleaning.

Some women were employed full time but ‘gangs’ such as these were just casual labour at busy times. Most of the women walked from Whitwood Mere and the Potteries, clad in old coats and scarves, with large handkerchiefs on
their head, and well-worn boots or shoes, to earn a little extra money to help out their meagre housekeeping or for their children’s clothes and footwear.

They were taken from the farm, where they assembled, and were allocated their job and went to the field in a lorry such as this. Sometimes word got around where there was work and they went straight to the field. After working all day the women walked home again, often with gleanings of peas or potatoes, and made a meal for their families and did their housework.

There was good comradeship among the workers; the pay was low but very useful. Sometimes at school holiday times, children would also help in the fields, especially older boys – October half-term was potato picking time. Sometimes workers took their childen with them.

The farm property and farm buildings were renovated and given a new lease of life. The interior was refurbished and modernised. The attached cottage is now part of the large house and the property now one large residence occupied by one family.

The old tenants moved and a young couple and their family now occupy the property. On the right are new farm sheds 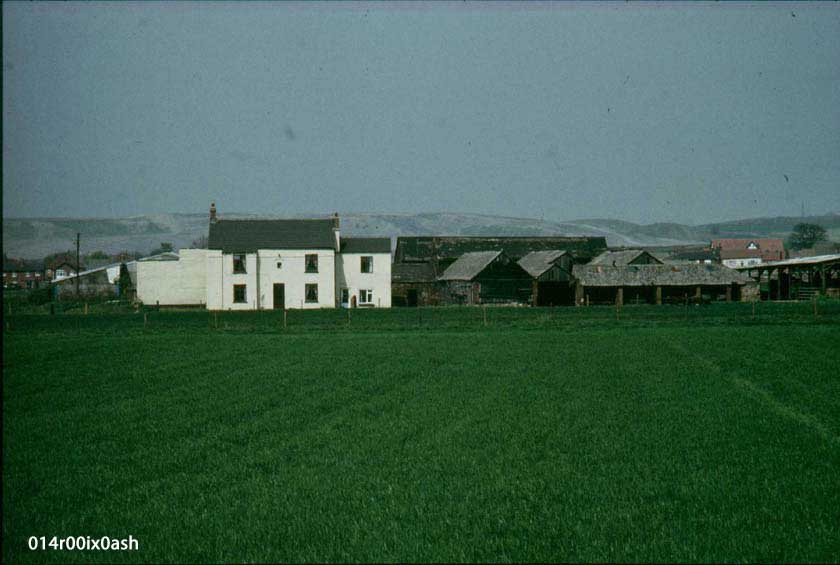