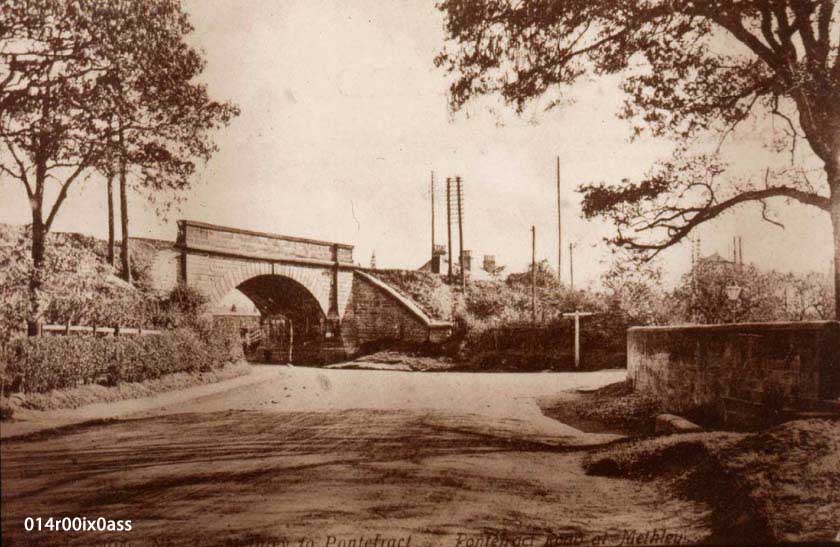 The stone bridge which carries the LMS railway over the main A639 road was built in 1840 when the railway line was constructed. July 1st, 1840, saw the opening of this section, the North Midland from Leeds to Derby and later to London.

The project engineer involved was George Stephenson. The line has altered little. In this photo the rather rough road indicates how little road traffic there was in the early 1900s.

The roofs of the houses above and beyond the railway embankment are those of the three-storey, L&Y railwaymen’s houses, – the “Lankie” houses, as they were often called. It was a short row built by the L&Y Railway for their workers; access was by a track just the other side (east side) of the bridge. The houses were in a north-south position, parallel with the railway line.

Beside and just in front of the rear hedge is the old signpost indicating Castleford (through the bridge), Wakefield directly across and Leeds pointing in front. Note there is no footpath on the right hand side. The stone wall is that of the Dame School. 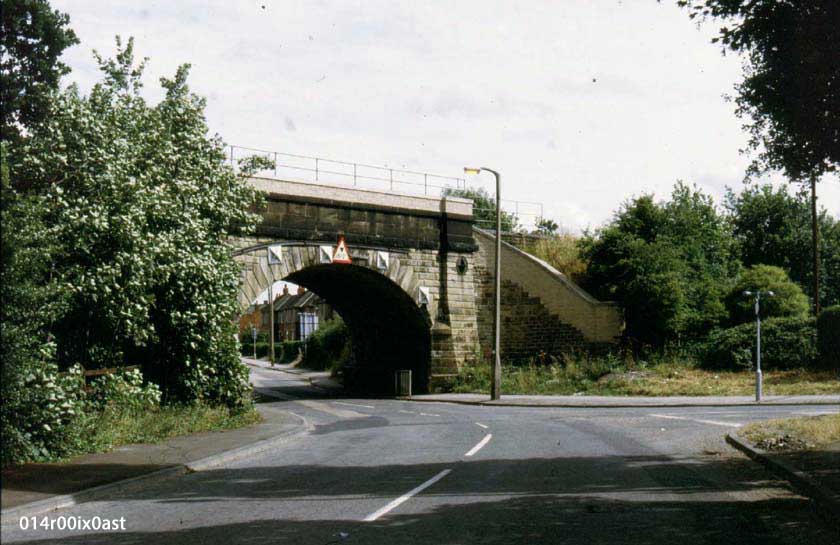 The structure of the bridge is little altered and of necessity has had to be well maintained. The road surface and road markings indicate the increase in road traffic and road usage.

Through the bridge arch the council built houses of Barnsdale Road can be seen. There are no “Lankie” houses beyond the railway embankment – these are all now demolished.