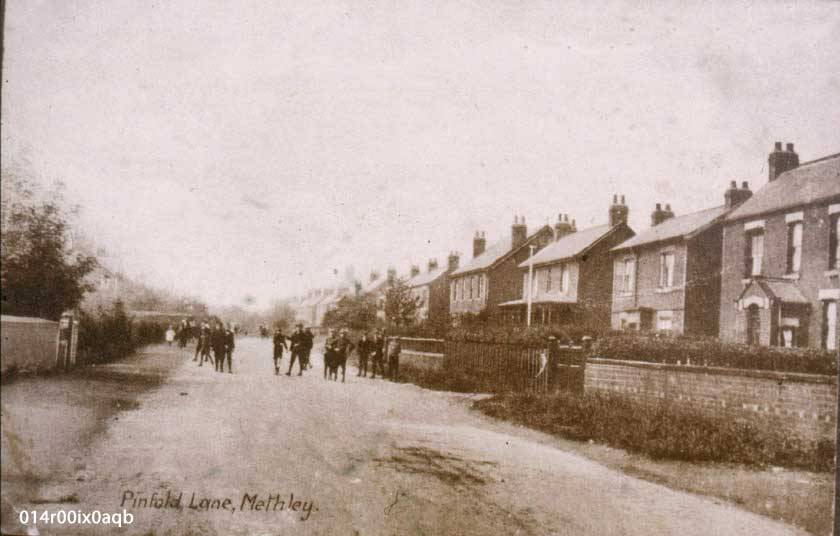 Most of the houses of Pinfold Lane were built between 1910-1912, as the date on the name plaques of the properties indicates.

Building first started on the 10th February, 1910, so at the time of this photograph the majority of the buildings would be occupied, though footpaths are unmade and the road is rough. They were built chiefly for Methley people who wished to improve their living accommodation.

They purchased a plot of land and employed their own builders to construct their new homes, but actually most were built by a Castleford builder, though there were no big building firms then. They are large houses, mostly detached, with large gardens at the rear. The group of children in the picture are most probably on their way home from school – to Methley Junction, Low Common, Green Lane or Watergate.

They would make this walk four times each day in all weathers – no school dinners or school buses then.

The old name for Pinfold Lane was College Park or College Balk Road. There is no evidence of a college in Methley, but the village, through its rectors and the Mexboroughs (Lords of the Manor) has always had strong links with Oxford University College. As late as 1920 the University derived income from land occupied by them in Methley, and owned by James Waide.

Taken from a similar position to the photo above. Shows contrast and maturity of the lane today. 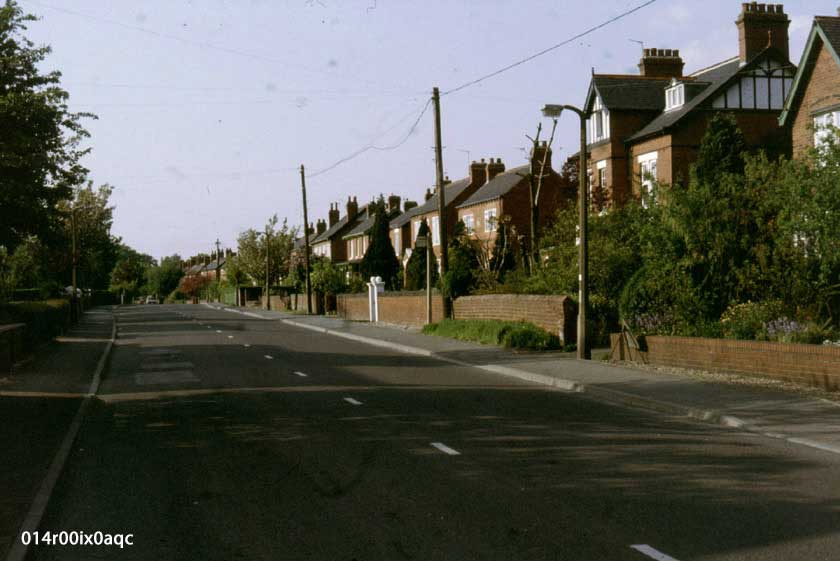 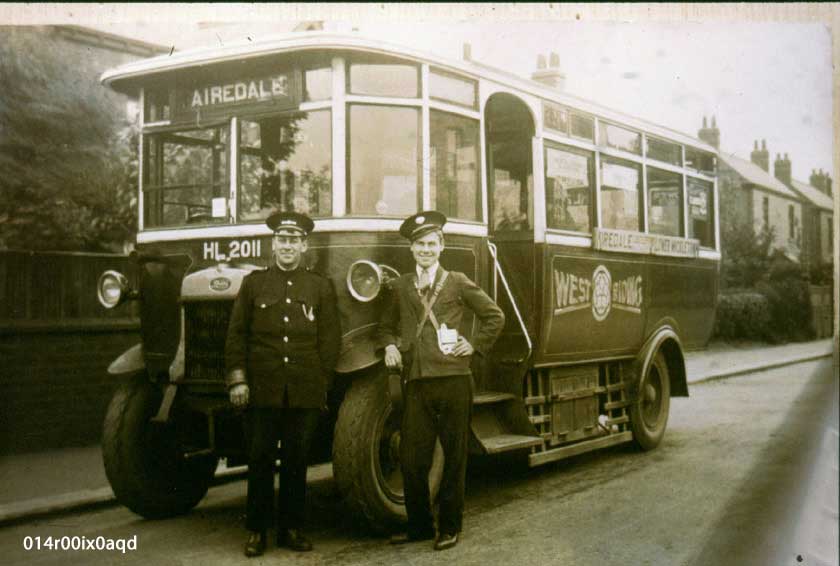 For many years Pinfold Lane has been one of the main thoroughfares through the village, leading from the main turnpike road (now Barnsdale Road) into Mickletown.

This snub-nosed West Riding bus is typical of the 1920s and travelled from Airedale via Castleford to Lower Mickletown. They were not very comfortable – they often had slatted wooden seats – but were a great boon to village housewives for shopping in Castleford.

Note the bus, with its driver and conductor (ticket machine and cash bag strapped across his body) is actually standing on the wrong side of the road.