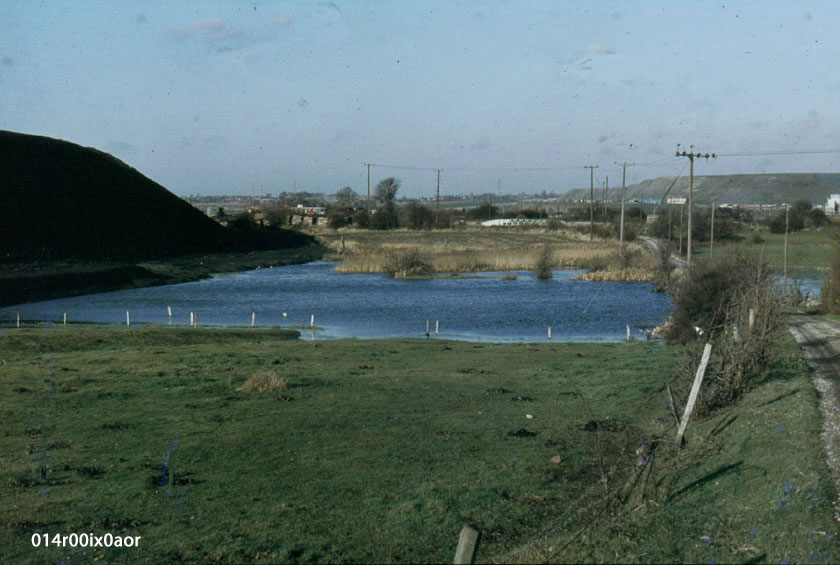 On the left is Methley Flash and the Savile Pit spoil heap. The Flash is all that remains of the large area of water known as the ‘Pond’, which stretched all along the back of Main Street, on the north side, from here to Mill Lane. It was always a good skating area when frozen – parties came from surrounding areas – but it often flooded in winter, flooding cellars in the houses in the ‘Yards’ to the north of Main Street. In the background is the canal bridge.

Pit Lane, an almost opposite view to the photo above. A 1982 photo

Effects of mining subsidence can be seen – these fields, once pasture, have subsided since the late 1950s. The derelict brick building at the rear was the Ammunition Store for the Methley Home Guard during the 1939-45 war and was later used by Methley Rugby Team as changing rooms, as they played on this field.

Beyond is more subsided and flooded farm land – Methley Ings. In the far background the white row of houses is at Hollinhurst and some nearer right background are at Allerton Bywater. The ammuniation store was demolished in 2003. 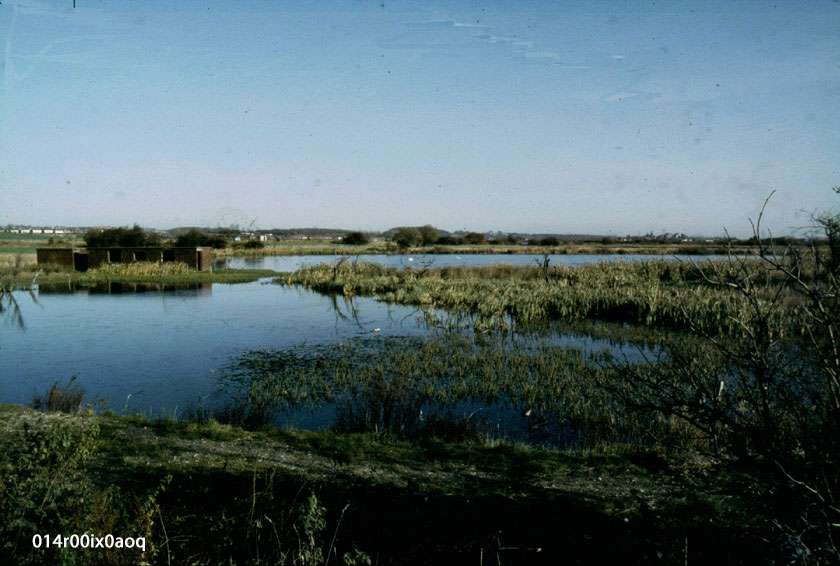 A similar view to the one above and showing general dereliction, flooded fields, swampy areas, the corner of the former Ammunition Store and dead hedges and bushes dead.