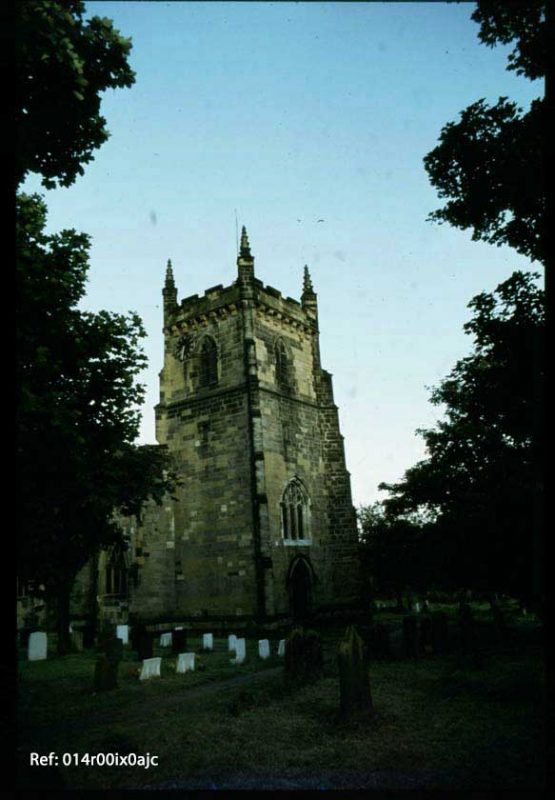 This photo shows the old west doorway and a three-light window.

In the foreground are newer headstones of graves dug in the re-used part of the churchyard, and also the path to the south side of the church which runs from the main road near the pedestrian crossing and Litttle Church Lane.

Looking down the nave to the altar and the east window. Notice the three-light east window, gas lighting and heating radiators (solid fuel boiler) and the effigy of St Oswald over the lectern. 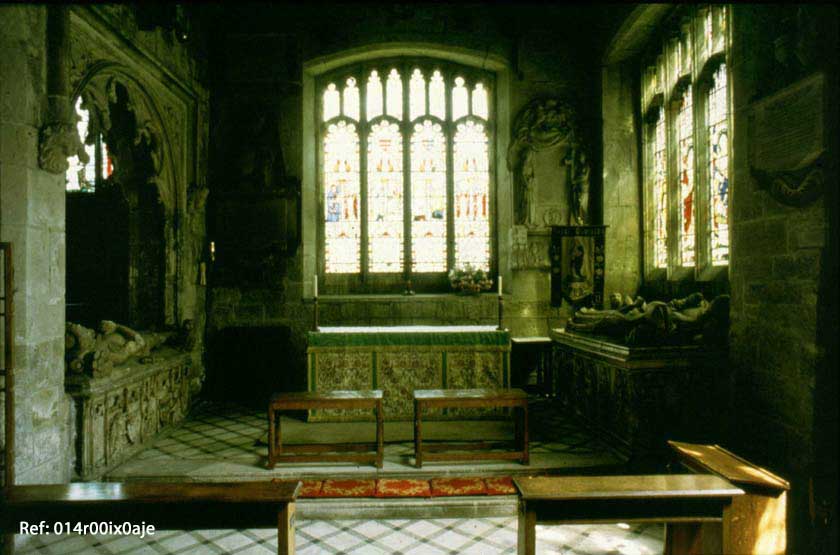 The Interior of the Waterton Chapel, St. Oswald's Church.

The Interior of the Waterton Chapel

The chapel was built in accordance with the provisions of the will of Robert Waterton, Lord of the Manor of Methley, and an important man of his time.

As an associate of English kings he often represented them on visits abroad. He was Master of the King’s Horse and was mentioned in Shakespeare’s Richard 2nd.

Robert Waterton died in 1425; by his will, dated 10th January, proved 2nd March 1424-25, he bequeathed £200 to the fabric of Methley Church for the making of a south chapel of the same length as the chancel.