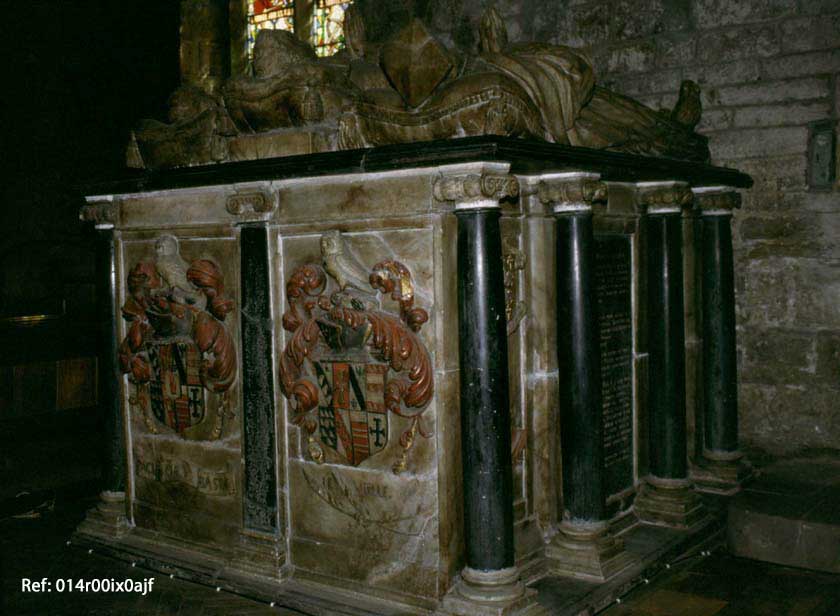 Until 1948 this massive monument was in the Waterton Chapel, facing east-west and standing below the east window, where the medieval altar had been. The latter was removed during the Reformation.

The monument now stands north-south, immediately to the right inside the south door of the church. The sculptor was probably Maximilian Colt, who flourished between 1595 and 1645.

The effigy of Sir John is shown wearing judge’s robes with a ruff and a square college cap. He died in London in 1606 and was buried in the church of St. Dunstan, in the East, only his heart being brought to Methley and buried here – the inscription is on the base of the tomb.

Sir Henry Savile is clad in armour with a large ruff. His feet are resting on an owl – the crest of his family. Henry died in 1663. Next to him is his wife, Mary, and at her feet a boy holding a skull.

The base of the tomb is decorated with laurel leaves and has the Savile motto “Je veille” – “I keep watch”, and the arms of Ulster “Paciencia y basta”. There are owls on wreaths. Owls – crest of Saviles. The Savile owl was incorporated into the Leeds Arms in 1626 in honour of Sir John Savile, the first honorary Alderman of Leeds.

Notice there are no graves at the lower end of the churchyard, although the path indicates that the land may have been consecrated and ready for burials. There is no cenotaph.

The view is over to the schoolhouse of the Church or National School (now the Parish Centre), the Rectory (now a private house known as “The Chantry”), and towards Pinder Green, a footpath behind the Rectory leads to Pinder Green. In the distance is the Junction Pit chimney on top of Junction Hill. 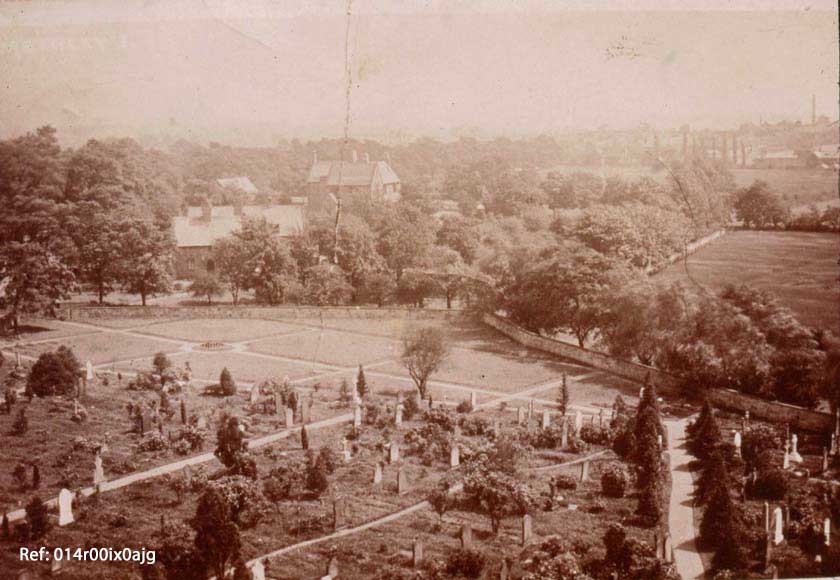 South-east view from the top of the church tower, c.1903 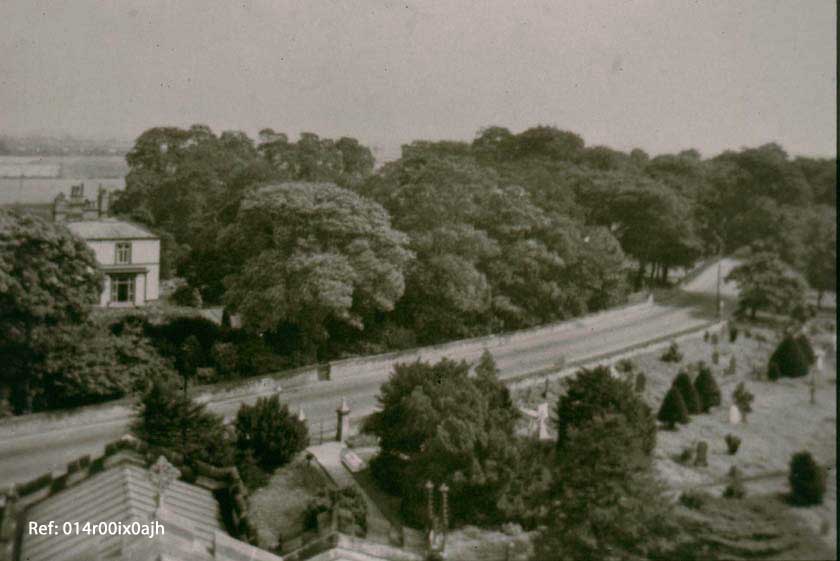 Looking over the roof of the church towards the Cedars. The photograph shows the main road, Cenotaph, the Church School, and many trees. It shows the front of the Cedars.

There is a small gate in the perimeter wall of the Cedars’ grounds onto the main road, which was used by the Rector, Rev. Philip Yorke Savile, when he lived at the Cedars from 1841-1867, before the Rectory was built. It gave easy access to the main path to the church. The photo shows how little traffic was on the main road at this time.