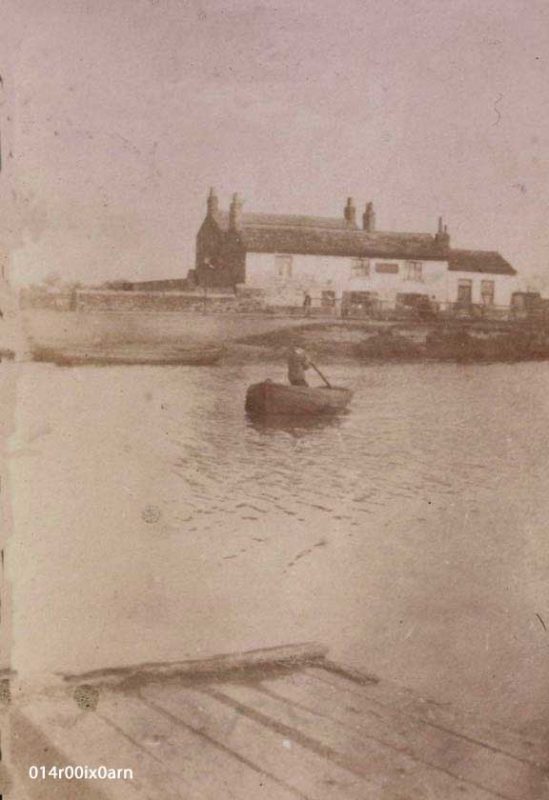 A very old and well used crossing of the River Aire from Methley to Allerton Bywater and vice versa – gave short and easy access to communities either side of the river. The ferry is mentioned in 1592 and also in later records.

This photo shows the passenger boat being sculled (one oar) across the river by the ferryman, for many years Mr. Henry Laurenson. In the foreground is the landing stage at the Methley side of the river. On the opposite, Allerton, side is the Boat Inn, used and patronised by bargemen.

Moored at the Allerton side is the large, flat-bottomed, chain-pulled barge which was used to carry barge horses (which towed barges) across the river. This was because the tow-path changed over here from the Allerton bank to the Methley bank.

Methley miners crossing to Allerton by the Ferry

Methley Miners crossing the River Aire in the flat-bottomed “horse boat”. The ferry was well used by the Methley miners who worked at the Allerton Bywater pit – it considerably shortened their journey to work, avoiding the long cycle ride round Castleford, as there was no public transport in the early days.

Men cycled from their homes in Methley to the ferry and they and their cycles were taken across the river, usually in the flat-bottomed boat to give room for them and their cycles, then, on reaching the Allerton bank they continued their cycle journey to work. They paid 6d per week for the ferry transport. 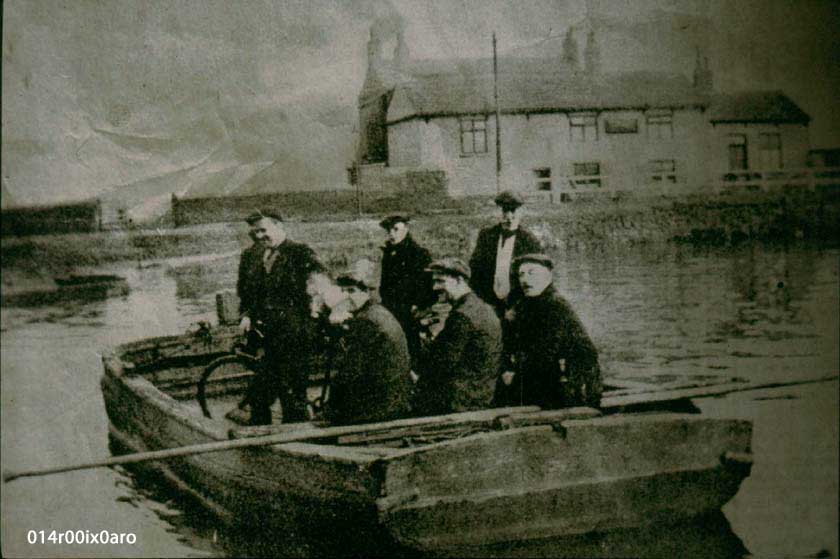 On the Allerton bank the Boat Inn can be clearly seen, and moored at the bankside, the small passenger boat. As public road transport improved, the ferry became less and less used and became unviable.

Finally Hammond’s United Breweries, who by that time owned the ferry as well as Boat Inn, gave notice of plans to cease operating the ferry in July 1959. The Boat Inn is shown on 1752 plan of Castleford. In 1826 the Aire and Calder Navigation Company commenced construction of the canal, which would increase water traffic. The Aire is a boundary of Methley.