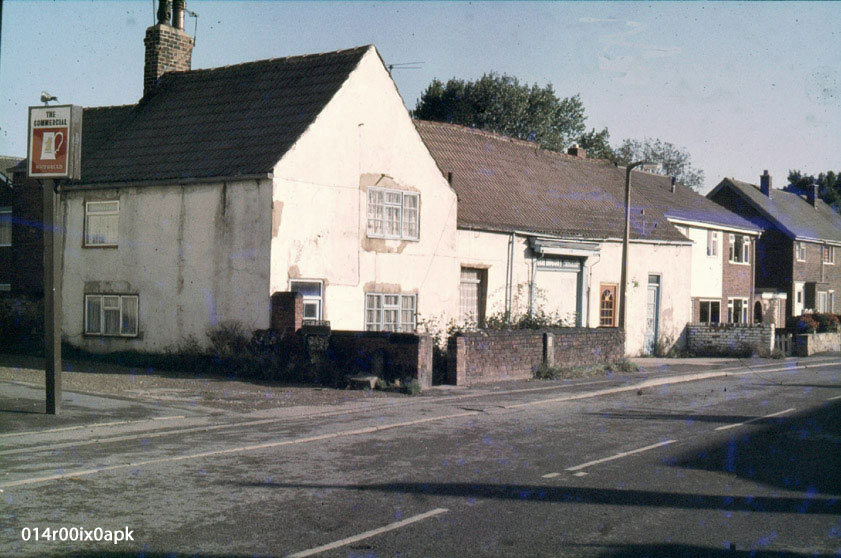 Nos 8-10 Main Street is one residence, known by many people as ‘The Old Butcher’s Shop’. Stands at the bottom of Pit Lane and its junction with Main Street, on the east side of Pit Lane. Its name now was changed to ‘The Cottage’.

This photo shows the property before it was converted into a private house, the west gable and the front. When the butcher owned it, the butcher and his family lived in the gabled part of the property. It had low ceilings and there was a step down when entering from the front door. Beyond is the single storeyed part, the shop, and beyond that the slaughter house.

Joints of meat were displayed in the large shop window. The shop door was earlier a stable-type door and on the jambs of the door, carcasses of slaughtered animals were often hung. The end part of the slaughter house – the door on the front was a later addition.

The United Methodists held Sunday evening services in this slaughter house before their own church was built, men of the congregation cleaning it out on Saturday evening. Inside the shop were chipped wooden chopping blocks and flagged floor.

Spinks were the early butchers here, then for many years the Braime family. Several other butchers followed the Braimes eg. Eamonson, Boyle, Nugent, before the shop was closed and the property became a private residence. Miss Braime, daughter of the butcher, recalls the property before it was plaster rendered and the hand-made bricks of which it was made were visible. Ivy and other creeping plants covered most of them. One of the bricks bore the date 1704.

It is thought the lower part was the original building – the housebody, as it was called, where family and servants lived, the gabled part being built later for family privacy.

The property is now a private residence being renovated. The west gable and front are visible. The plaster rendering has been removed for renewal and the hand-made bricks of the original property – bricks of various sizes can clearly be seen..

Note especially the timber frame structure and also the position of earlier doors and windows at the front of the property. Later the property was re-rendered and the old structure re-covered. 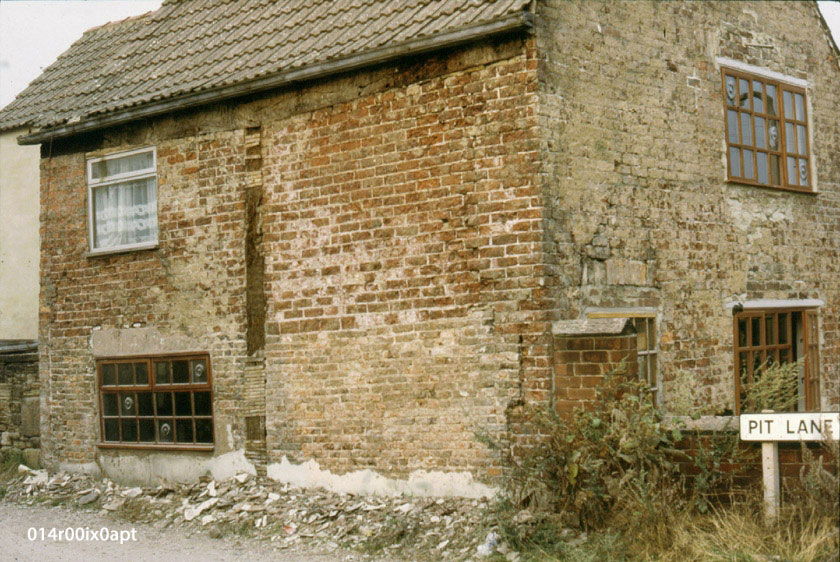 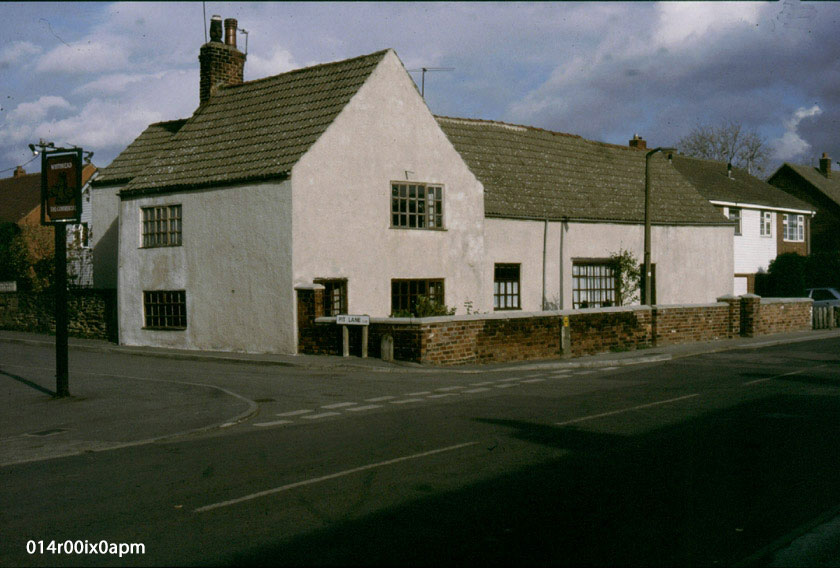 Beyond the property are now two private houses, built on land where the orchard was for the butcher’s shop, and also, later, our first purpose-built public library. The library was opened in 1950 and was actually an ex-Army hut brought from Methley Park.