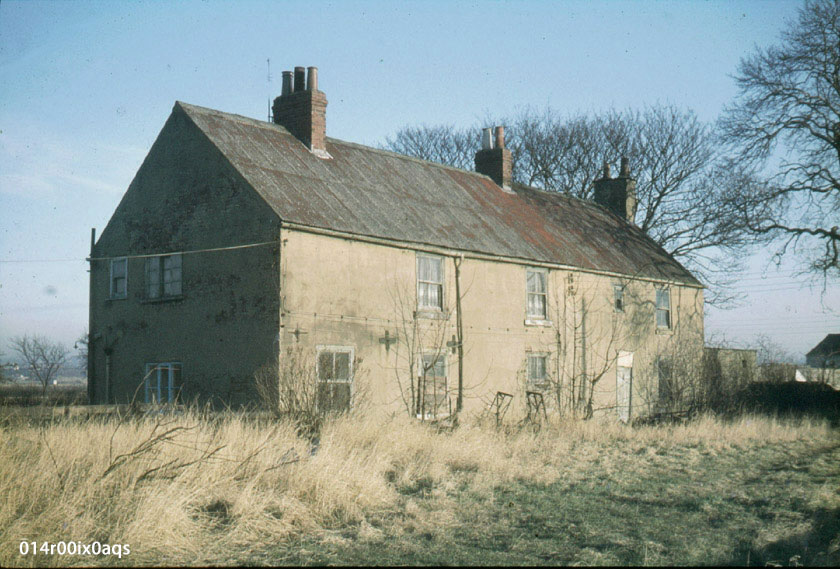 Here unoccupied and delapidated, but for many years it was prosperous and well-maintained farm and farmhouse. It was occupied by the Metcalfe family in the early 1900s and the Booth family from 1923-1933. The farmhouse was always painted white. This is the front view of the house, facing south over the fields which were farmed by the tenant-farmer. The farmhouse is shown on the 1786 map.

Although the house was vacant on this photo, the farm buildings were still in use. All were demolished in 1985. On Lower Mickletown Road immediately in the forefront of the farmhouse and partially hiding it was a row of small cottages. There were 5-6 doors opening directly onto the road. The cottages were always painted white and known as the White Row.

This row was much altered and all that remains of the small complex of houses built mid to late 19th century and owned by the Waide family, William Waide (record of 1890) retired cooper and chain-maker having houses in the returns of 1865 and were maybe these.

These three quite large houses were constructed from six back-to-back houses of the old rear set of houses. On the site of the new bungalow stood a cottage, linked by a bedroom built over a ginnel (making an archway) to a short row of houses at the right hand side of the yard. Chatham#s small general shop was at the end of the row nearest Mickletown Road.

Entrance to the original 6 back-to-back houses was through the ginnel. Now the front house and row and ginnel are demolished and the converted cottages are all that remain. On the right is one of two old cottages, now refurbished, standing nearer Lower Mickletown Road, with a small garden in front. Behind these was originally another house. 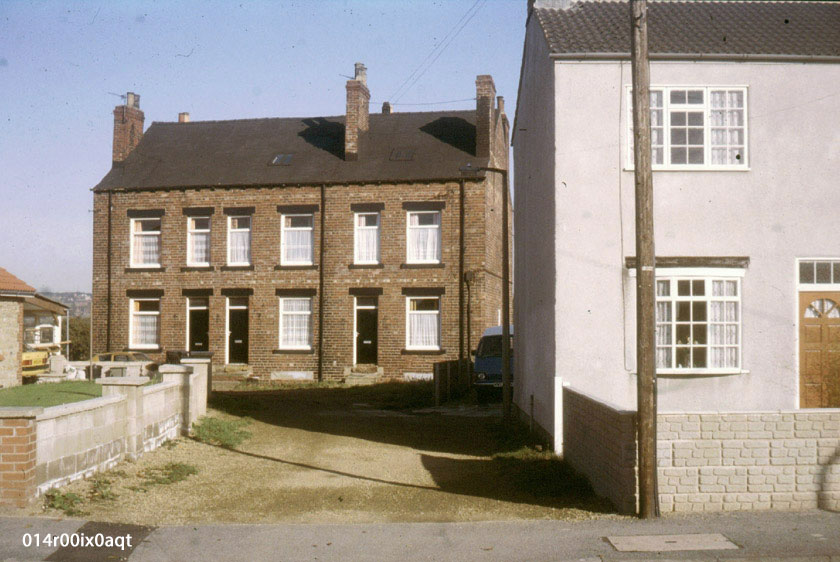 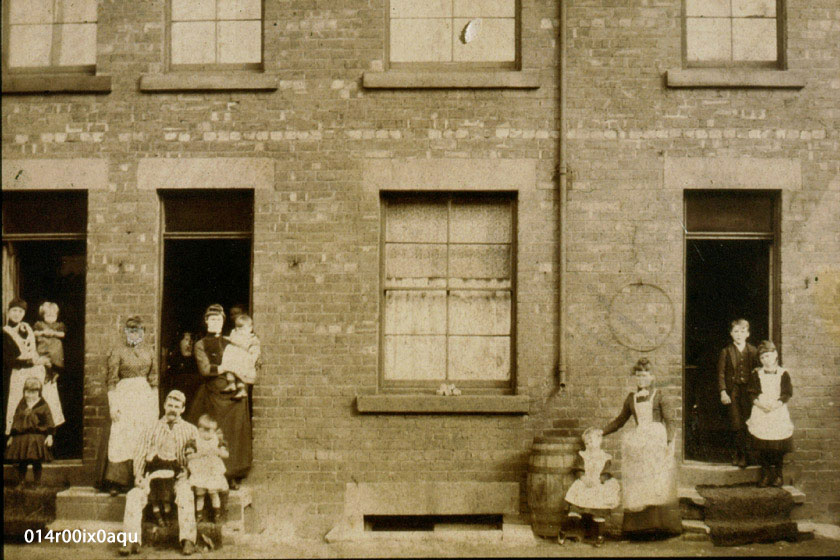 The back row of the original 6 back-to-back houses.

The back row of the original 6 back-to-back houses. These houses faced over to the canal. Note the families at the doors with men sitting on the steps, a common sight at that time. Women and children also often sat outside their homes on the doorsteps.

There is a water butt and an iron bowling hoop on the wall – bowling a hoop was a popular children’s pursuit.