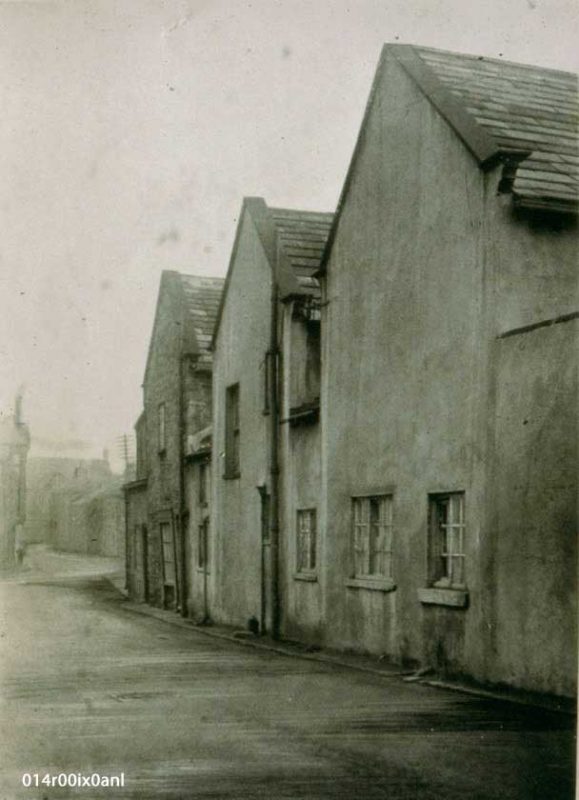 Woodhall Manor, Main Street, Methley. In the background of this photo can be seen older properties below the Manor.

The Manor House stood approximately where 2 council built houses now stand, immediately below the old people’s bungalows in Main Street. The three rear gables of the house jutted out into Main Street; its frontage faced south onto the present Savile Road, for many years on to fields which were here before any houses were built.

In 1408-9 Thomas Towton, Master of the Hospital of St Nicholas, Pontefract, released to John Waterton all his rights in Woodhall in Methley. In 1410 is a Letter Patent for embattling the Manor; in the 1488 Act of Partition of Waterton lands, the Manor was given to the Dymoke branch of the family. Sir Robert Dymoke was the great nephew of Waterton.

It continued in the Dymoke family until 1588 and Sir Edward Dymoke disposed of the Manor of Methley. The Manor of Woodhall was probably sold separately. The lands held by the Manor are not known – ‘situated wholly or in part in Mickletown and Woodrow’.

In the mid 17th century the Manor was owned by the Roberts family. In an ornamental bedroom fireplace was a plaque bearing the initials W R A, William and Alice Roberts and the date 1677. Unfortunately this plaque was lost in the later demolition of the Manor.

On the death of Mrs. Roberts in 1788 (she was 93 when she died) part of her estate was sold and part went to her descendants. There was no direct lineage. Gulbert Roberts later sold considerable estates in Methley to his cousin Gilbert Smithson (1821), who died without issue and the estates passed to his brother, and later to his niece and her descendants.

In 1864 the Manor was bought in auction by Lord Mexborough. It had orchards and was called the Mansion House. In later years the house was divided into two dwellings, the larger part (two near gables in photo) retaining the name Woodhall Manor, the smaller part (one gable) being named Smithson House.

The Manor was demolished in 1963 for the realignment of the road and rebuilding of Main Street. The name lives on in properties built on the land to the south of the Manor ie. Woodhall Grove, between Main Street and Savile Road.
In the background of this photo can be seen older properties below the Manor.