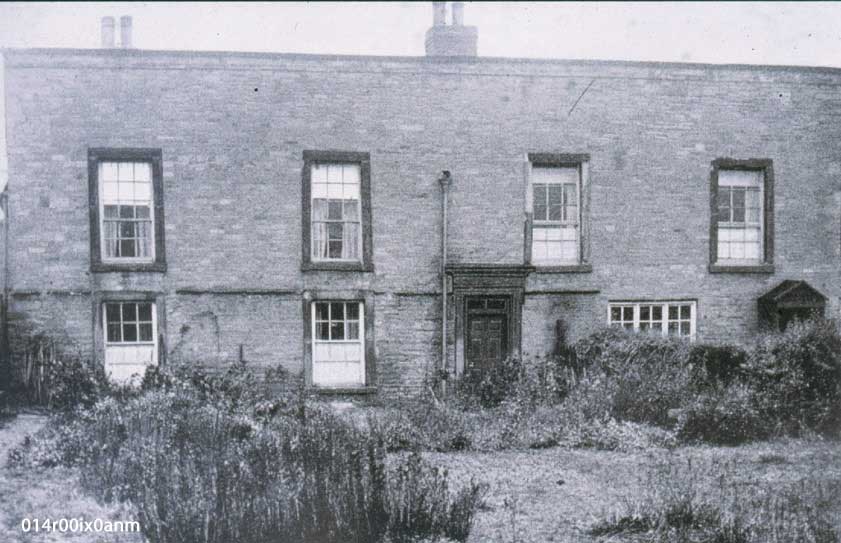 Woodhall Manor, front view, faced south onto what was later Savile Road. It had a flat, stone frontage with s small flat parapet, 4 windows and door of the larger part i.e. Woodhall Manor.

A dividing hedge can be seen and the door and windows of Smithson House. There was a large garden in front of each.

On the right can be seen the tall, gabled frontage of the Primitive Methodist Chapel, on the other, north, side of Main Street.

In the centre is the flat fronted Manor house, – division into two is very evident with dividing hedge. On the right is the Manor Farm; later, part of this was converted into shops – Hemsworths Chemist, which later became newsagents Beards. When Denison Square was demolished, Beards Newsagent shop and house moved to there.

Manor Farm was occupied by the Bentley family for many years. The front room was rented to Midland Bank for Monday morning bank sessions. On the right is a small low building which was used by Miss Ella Perkins (later Mrs Norton) for hairdressing and later still by Mr. Hector Ely for wireless accumulator charging. Accumulators were collected from village homes and recharged for wireless sets. At that time few radios were powered by mains electricity. 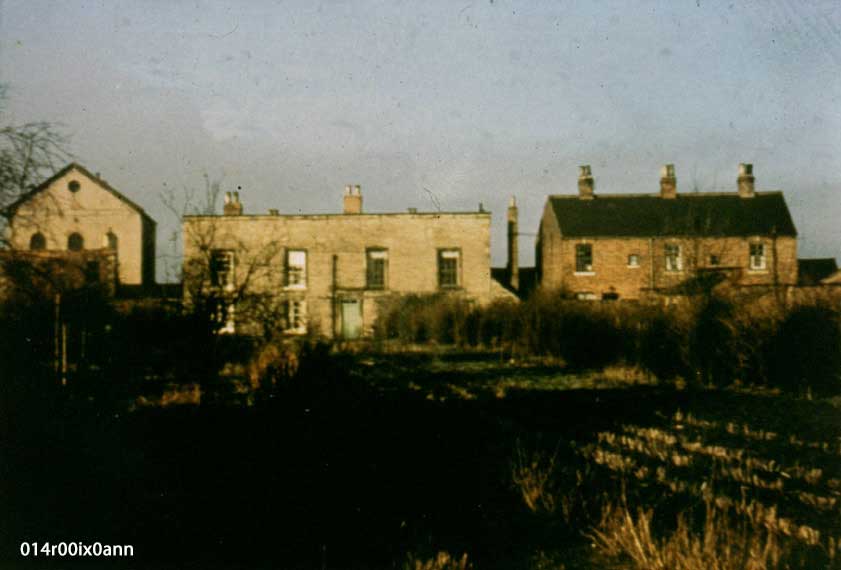