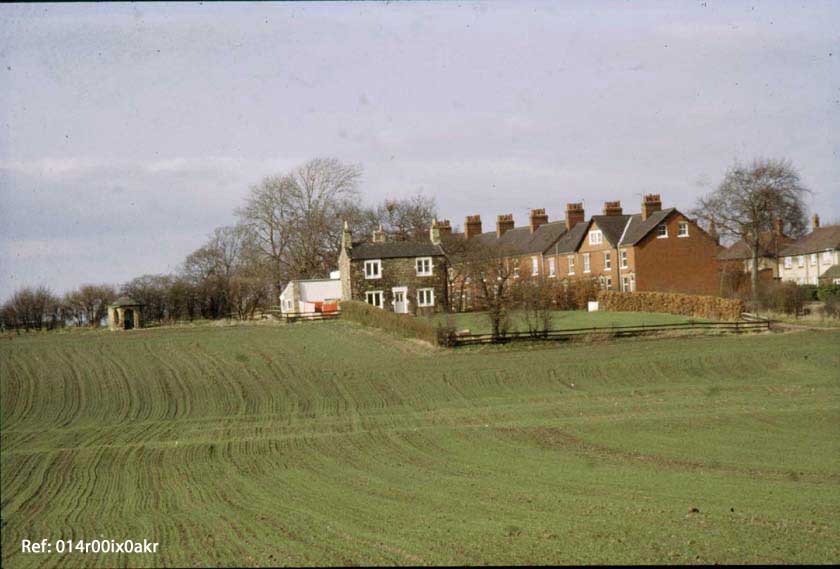 This photo from 1985 shows a good view of Ivy House with the summer house on the left and fields in front of Ivy House. By 1985 there were no rhubarb sheds left. Woodrow Hill is named Sand Hole Hill on the 1908 map. The field in front of Ivy House was often named White Cross Field, because until the end of the 19th century there was a white stone cross there, which had been erected in memory of those who had died in the Plague epidemics of the early 1600s.

The houses of Bondfield Terrace were built and owned for many years by the Hollings family of Woodrow. The Hollings Estate, built by Rothwell Council in 1948, was also named after the same family.

Rothwell Council built the Hollings Estate of 64 houses in 1948. The Estate was named in commemoration of the Hollings family, who lived for several centuries in Woodrow and at one time owned most of the Woodrow area. 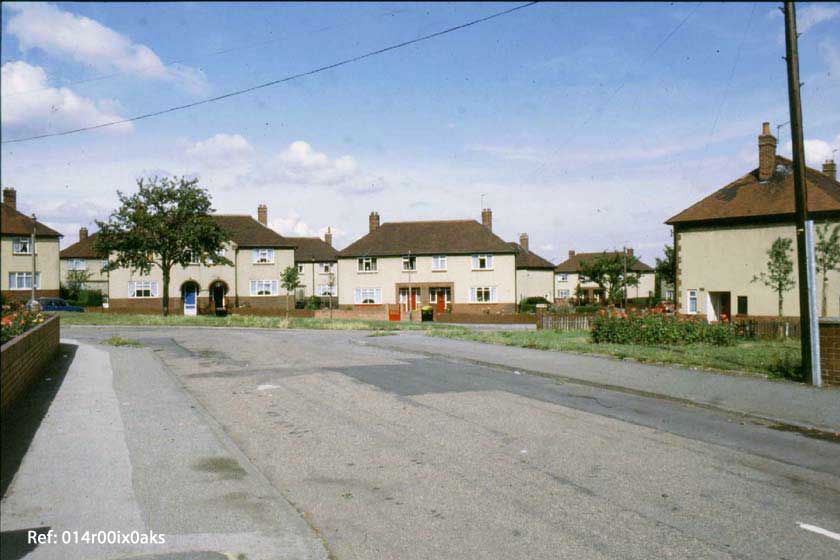 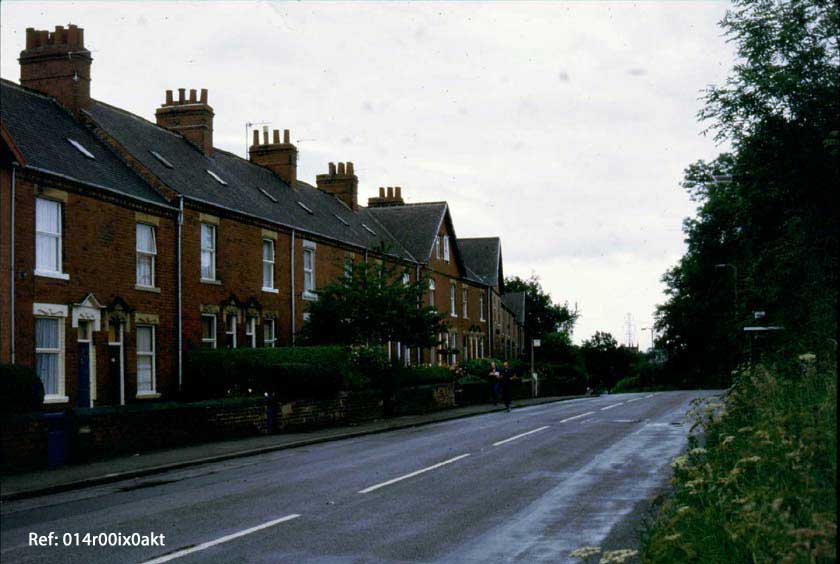 A noble row of houses, built by the Hollings family, mid to late 19th century on a field or land owned by them and in front of Bond House – their home since the 1850s, where the last generation of the family lived until their decease.