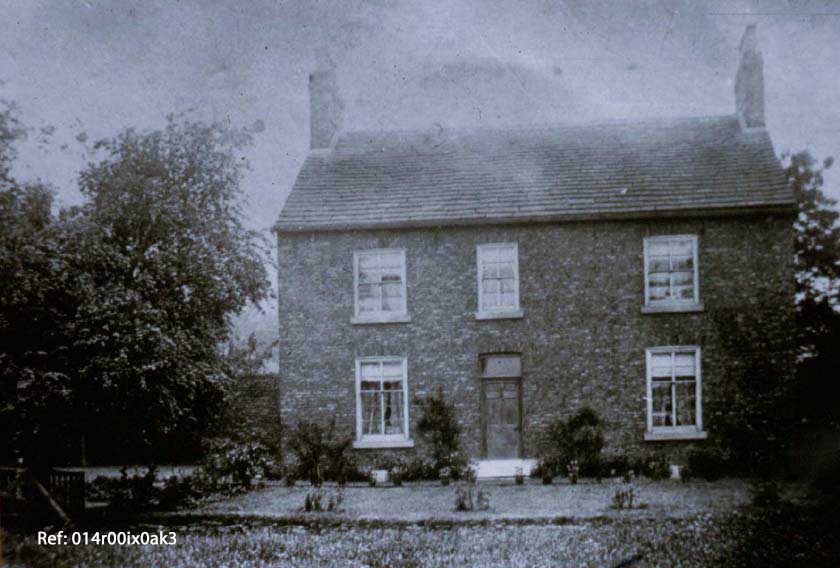 Melwood Farm, Woodrow, stands back in the fields. A 1900 photo. A house is shown on this site on the 1786 map. It has been altered very little.

Melwood Farm, c.1982. The name ‘Melwood’ means ‘Middle of the wood’. In distance can be seen the white Wheelhouse at Woodend and beyond is Winter Wood, part of Methley Park Woods. 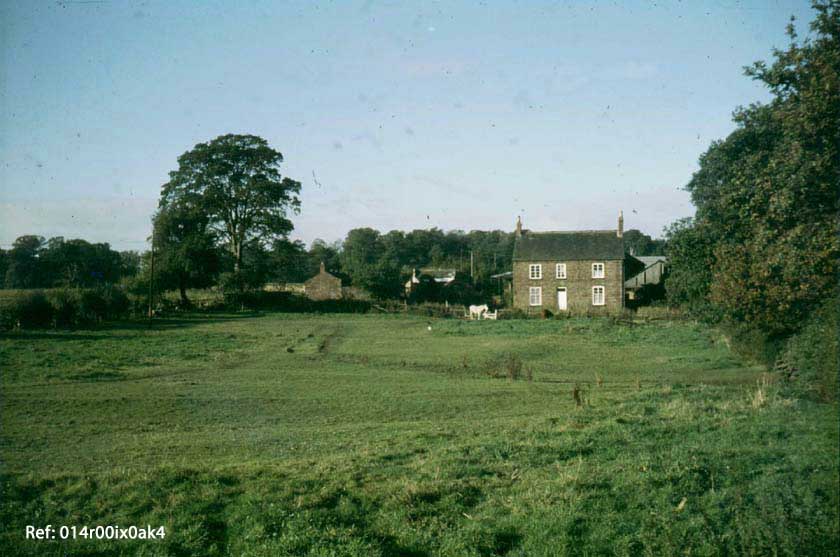 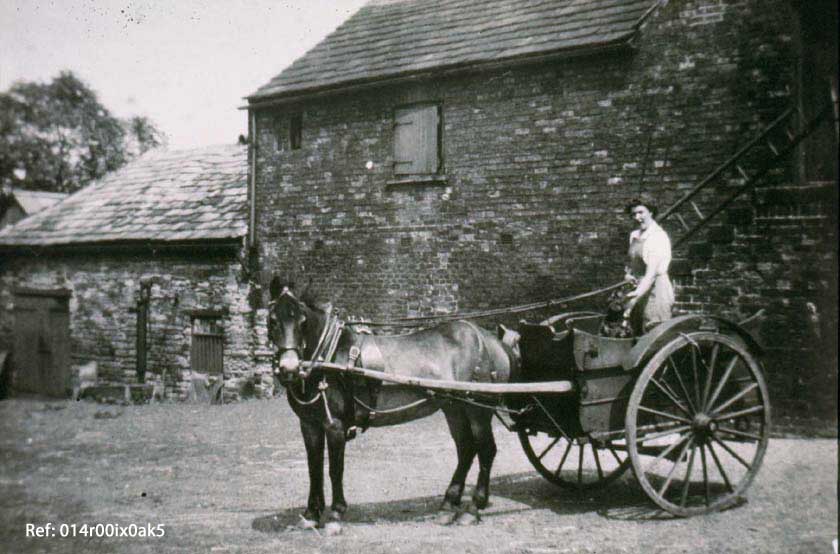 Horse drawn milk float and Connie Sykes, as she was then known (later Ballinger). Connie was the niece of Mr. Schofield, farmer of Melwood Farm for many years. She is in the yard of the farm standing in her horse-drawn milk float (the pony was called Nancy), accompanied by her dog, Wendy.

Connie delivered milk daily on this float to many parts of the village and Churchside and Woodrow areas. She used the traditional large milk churn and smaller hand carried cans and half and one pint measures. She went from door to door with the hand carried can, measuring from this the customer’s requirements into their own jug or basin. It was hard work.

The large churn was used to re-fill the hand can. Connie was a familiar village figure as later she became a Postwoman and delivered mail to Churchside, Methley Junction, Watergate, Scholey Hill and Newmarket Lane.