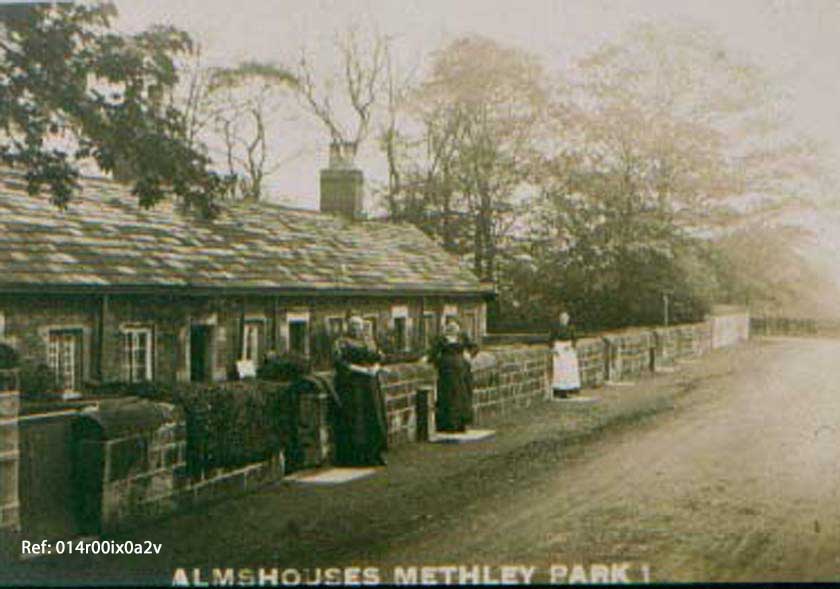 Woodend, or Woodside – these five almshouses are now demolished.

Woodend, or Woodside – these five almshouses are now demolished. Going along Methley Lane, on the left, a track called Tommy Lane leads to Woodend or Woodside (both names are used).

Tommy Lane is reputed to be named after a man called Tommy who was hanged, or committed suicide here. Up Tommy Lane and round the corner on the right was the site of these almshouses. They were built over two hundred years ago by Mexboroughs for widows of the Estate workers and Estate farmers, who lived here rent-free.

Houses built at Woodend in 1936

This pair of semi-detached houses at Woodend were built in 1936. Stone from the five demolished almshouses was used in the construction of these semi detached houses. 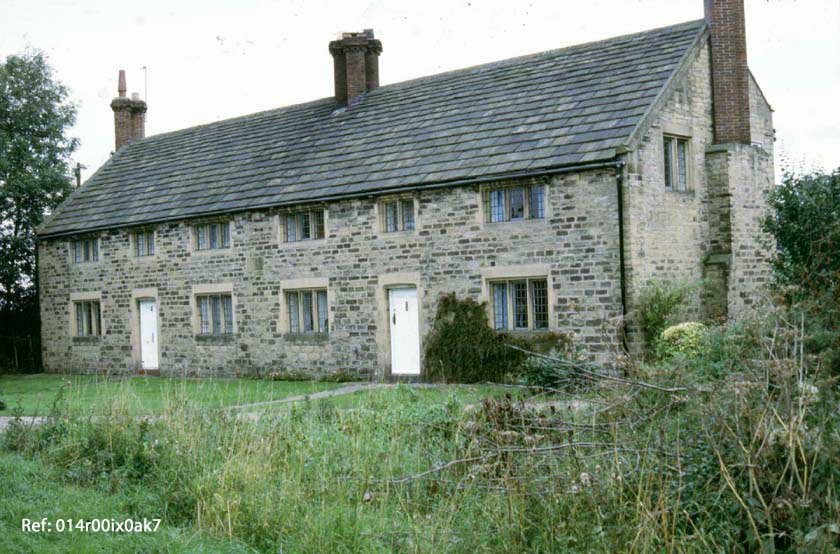 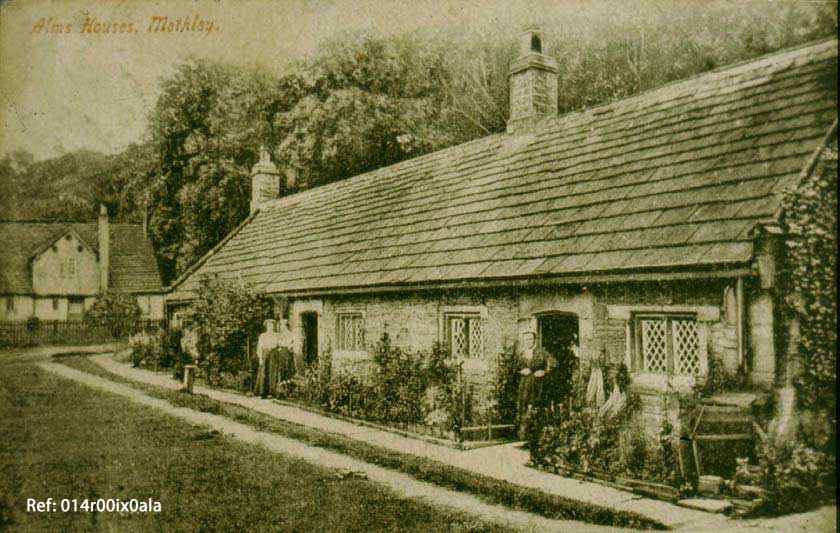 Almshouses at Woodend with the Wheelhouse in background

This photograph c. 1910 shows three almshouses that are very similar to the five that were demolished. They faced directly down Tommy Lane ie. east. They have smaller gardens.

The ladies stand at their doors. One of these was occupied until her death in 1959, by Mrs Jackson, the woodman’s widow. After she died all were left empty and uncared for. The gardens became overgrown and although the roof was in good condition, they began to deteriorate.