The following report appeared in the Yorkshire Evening Post on Monday 18 May 1891. We have reproduced it here without any major amendments.

A pdf copy of the original YEP page can be viewed here.

A shocking affair occurred late Friday afternoon, at a public house known as the Queen’s Hotel, between Methley and Castleford. Like other places, Methley was on Friday afternoon visited by a thunderstorm, which is said to have been one of the most severe which has been known for many years past.

The public house in question is kept by a man named Arthur Green, and has been in the family for some 20 years. There are some gardens attached to the house, and at the time the storm broke Mr Green was working in a greenhouse and Mrs. Green was in the kitchen at the back the house.

Five men were in the house, two of whom were John Goodall, butcher, who keeps a small shop in the immediate vicinity, and Mr. Day, a fellow tradesman from Castleford. In what is known as “the cabin,” and which is only separated from the snug by a chimney with fireplaces opening into each room, were three other men named Charlie Beach, Tom Speight and Leeming Dodgson.

The two former were colliers working the neighbourhood, and Dodgson is man who has been unable to work for some years past owing to being a sufferer from asthma, although he was a collier by trade.

Suddenly, without the slightest warning, the rain began to fall in torrents, the lightning to flash vividly, and the thunder to roll; still the men in the house do not seem to have felt any sense of insecurity until, after a vivid flash of lightning, the electric fluid passed down the chimney into the “snug,” smashed off the cross portion of the mantelpiece, and tore off the plaster and paper in several places.

Goodall and Day, who were sitting there, were dazed for a few moments, and the place was filled with peculiar kind of vapour and with the soot which had fallen in large quantities down the chimney. Goodall describes the sensation as being ‘like an earthquake,” and says that as soon as he could gather himself together he went outside.

Day, who had been spun round, it is said, “like a top” owing to the force of the shock, also got out of the house, but was found to be very ill, and suffering from a serious shock. A neighbouring farmers wife, Mrs. Charlesworth, however, procured some restoratives, and he was, to some extent, brought round. This having been accomplished, Goodall went back to the “Queen,” where he found…

THINGS IN A SERIOUS CONDITION

Beach and Dodgson were lying on the floor of the cabin both apparently dead, but on examination it was found that Beach was suffering from a paralytic stroke down one side. Dodgson, however, was quite dead.

In the kitchen Mrs. Green was just behind the door, and she was doubled quite in two. The paper was torn off the walls in several places, and the soot dropped down the chimney in such quantities as to cover the hearth fully a foot thick. Even this did not expend the whole force of the electric fluid, which appears to have poured down into the cellar, smashed the flagstones, cut the top clean off the barrels, and done other damage.

The flash was so strong that a great portion of the roof was torn off in the neighbourhood of the chimney down which the fluid poured. The “under-drawing”‘ was smashed through in several places, and in the bedroom, which is immediately over the “snug” and the “cabin,” the mattress and other coverings on the bed was set on fire, and this spread to the floor. Glass and other light articles in the room were smashed in all directions, and in the next bedroom some damage was done.

About a cartload of the stones which composed the roof fell into the yard where Mr. Day’s cart was standing, and smashed completely through it.

THE APPEARANCE OF THE HOUSE TO-DAY

The roof of the house this morning presents a wrecked appearance, although in the rooms some effort had been made to repair the damage. Mr. Green, as already stated, was in a greenhouse close at hand at the time when a portion of the roof of the public-house crashed through the glass, narrowly missing him.

The utmost sympathy is expressed in the district with the unfortunate men who were killed or injured. Dodgson was a widower, and leaves a grown-up family of sons and daughters. 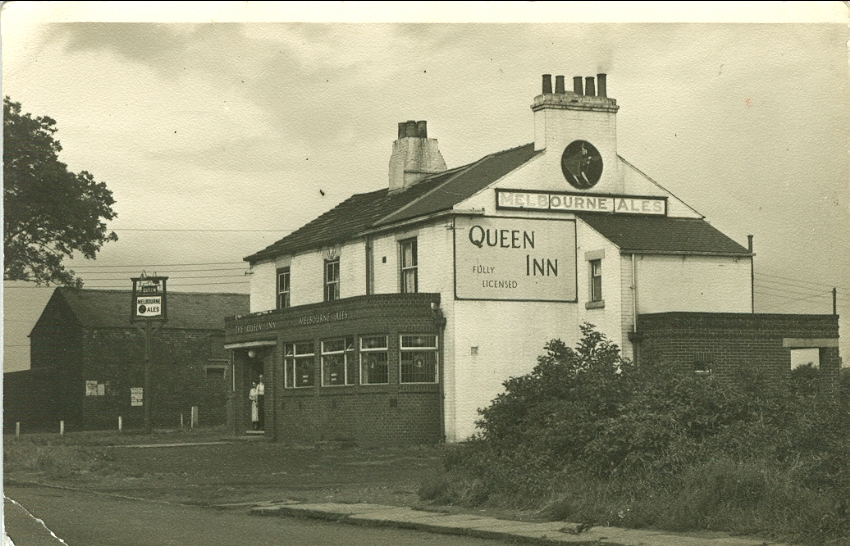 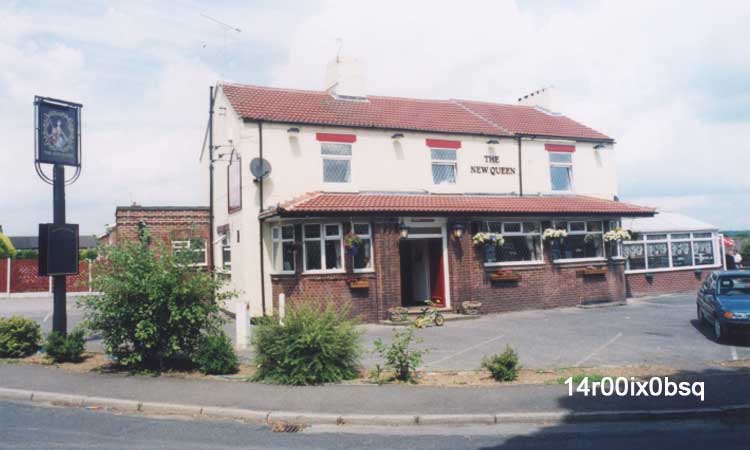