NOTICE is hereby given. That SPRING GUNS are Set in the WOODS and PLANTATIONS at Methley Park.

A spring-gun is a gun, often a shotgun, rigged to fire when a string or other triggering device is tripped by contact of sufficient force to “spring” the trigger so that anyone stumbling over or treading on it would discharge the gun. Setting or maintaining a spring-gun is illegal in many places. Prior to 1827 these guns were much used in England against poachers and trespassers.

Since 1827, however, the setting of spring guns and all manner of man traps has been illegal in England, except when placed in a shop or dwelling.

Many different methods were adopted to try to stop body snatchers, such as coffin-torpedoes, and cemetery guns. The type in the notice however, are known simply as ‘spring-guns’ and were used as far back as the early 17th century to protect all kinds of property. They probably saw much more use in game reserves, deer parks or private land than they ever did in graveyards. 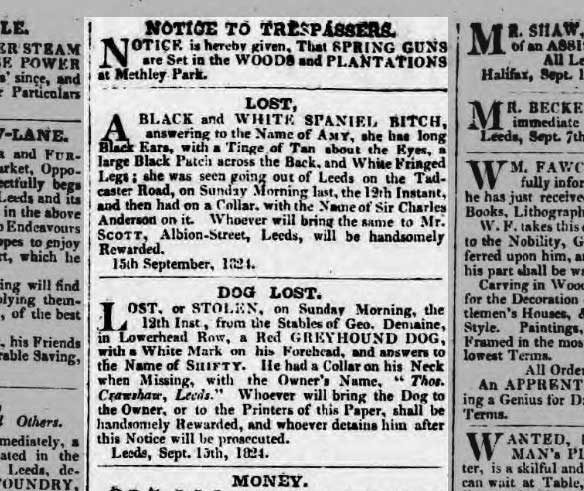 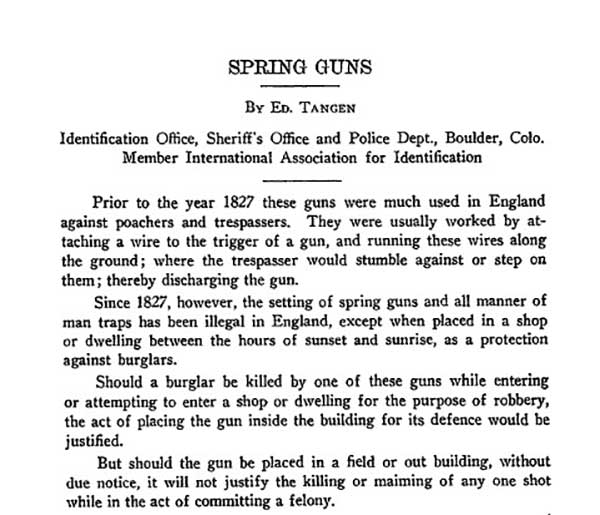