Yesterday, afternoon at the West riding Police Court at Wakefield, Arthur Howson was brought up on remand from the previous Friday, on a charge with cutting and wounding David Baybonld. The two men are miners, are related by marriage, and live at Methley.

On Thursday evening week whilst drinking at Mr. George Marshall’s, the Royal Oak Inn, Woodrow, Methley, they quarrelled about a family matter and commenced fighting, and the landlord ordered them out of his house.

Whilst the prosecutor was about to place the prisoner’s hat on his head he stabbed him twice on the back of the neck and once under the left armpit, between the ribs, with a pocket knife. The prosecutor called out that he was stabbed, and the prisoner ran off.

The prosecutor fainted two or three times, and bled very profusely, and he was put under the care of Dr. Wigin for a week. Next morning the prisoner’s pocket knife, stained with blood, was found in the road nearby. The prisoner was committed for trial at sessions. 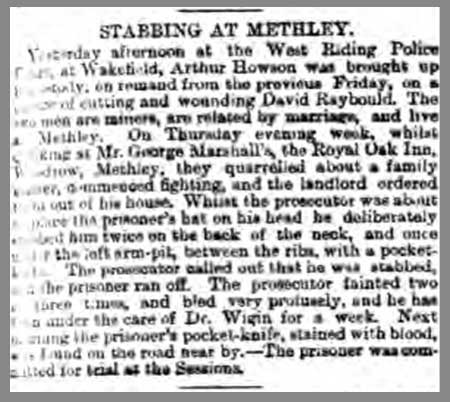 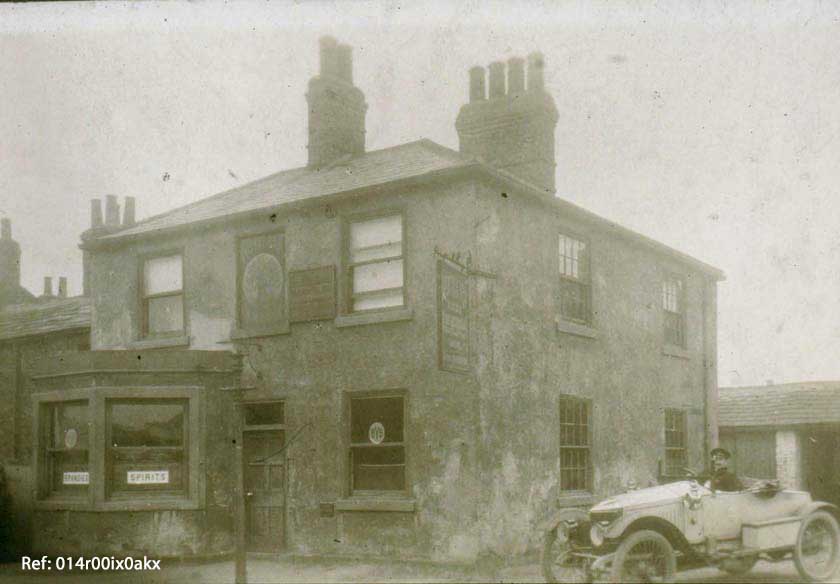