This is the second of the walks round Methley. It will take you round the conservation area of Methley which is called ‘Churchside’. Can you guess why?

Little Church Lane is a one-way street so you will be walking against the traffic – such as it is.

Most of the houses are now privately owned after being owned for a long time by the Embletons and the Embleton Trust. Previously some were owned by the Sawyer family. The houses were built late in the 1800s and early in the 1900s. There are no houses shown on the 1832 map.

As you are walking up the Lane you will notice the green on which Methley Cricket Club play all their home matches. The Club was formed in 1863 and the land was donated by the Earl of Mexborough for that purpose.

The clubhouse is a very popular venue in the village.

As you near the end of the Lane look to your left to see a relatively new housing development. This was once the site of Methley Infant school. It was built in 1952 by local building firm P J Parrott, and opened in 1953.

It was built on a field which was once part of the Cedars (we will reach the Cedars later). It went through a few re-organisations before it finally opened as the village Junior school to take children from 4-11 years of age.

On the opposite side of the road we have Methley Bowling Club. Originally this land was held by Methley Cricket Club from Methley Estates. In its early days it was connected and maybe affiliated with the Rose and Crown (now the Boundry House), the Inn being the Club HQ.

Some old Trophies were inscribed ‘Rose and Crown Bowling Club. 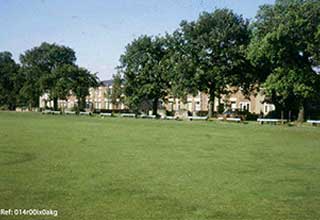 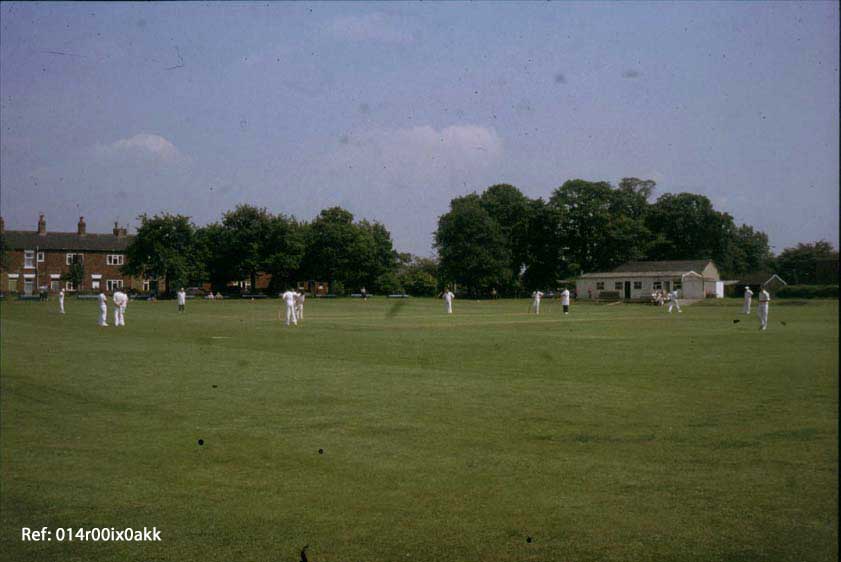 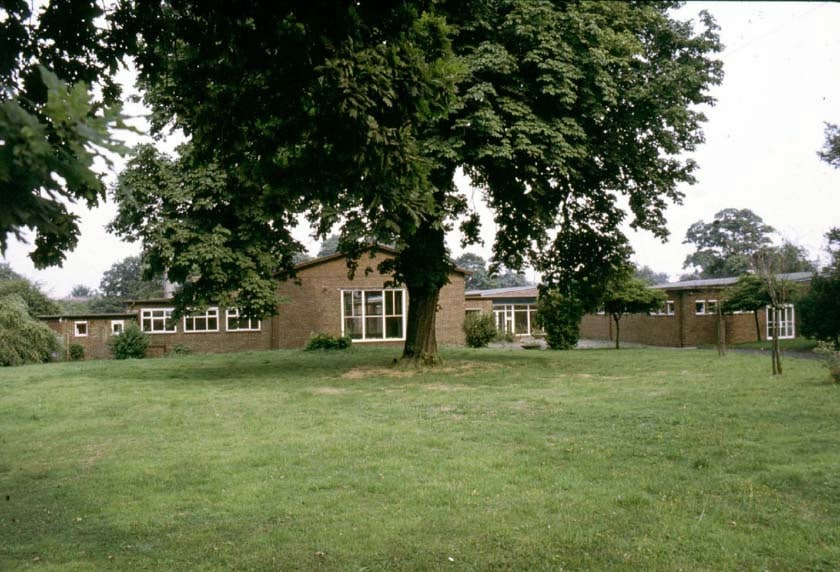 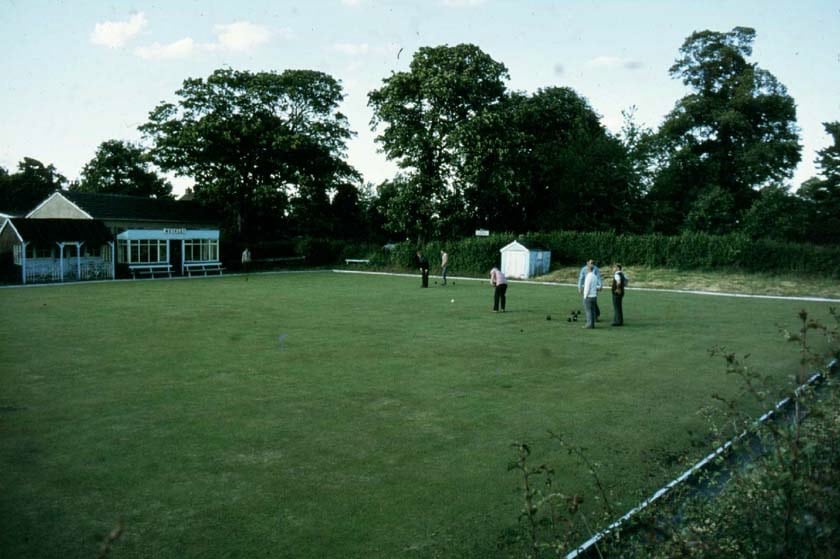 You will now be crossing the road. Please use the crossing as the road (Barnsdale Road) is very busy.

If you now look to your right you will see two old buildings. The furthest is the original Rose and Crown Inn and when the new building was erected in 1880 it became Churchside Farm. The original Inn, built in 1642 was a coaching inn on this Turnpike road where travellers, coachmen and horses could stop for rest and refreshment.

The middle wall of this building was probably an outside wall because even before 1642 there were cottages on this site and the fronts of the cottages were extended to make the Inn. In 1771 the inn was probably called ‘Sign of the Crown’. In all the renovations over the years the original character of the building has been maintained. The housing round the building is the result of barn and stable conversions.

As mentioned earlier, the building to the left was erected about 1880 and became the Rose and Crown. It is now the Boundary House; a restaurant with an excellent reputation.

The building across the path to the Church was once a Post Office – the post box is still there. The buildings here are collectively called Churchside Corner. This photograph shows the buildings in 1915. The house was once inhabited by the Rev Dawson Lumb, Curate of Methley 1821-1843. He was found drowned in the river near Swillington Bridge on December 13th. 1843. The house is now named Churchside House and has changed very little. Note the church complete with spire. This had to be removed in 1937 due to instability.

You cannot pass St. Oswald’s church without admiring its presence.

We cannot possibly do justice to this magnificent church in this leaflet so we would urge you to read the information we have of St Oswald’s at RiversMEET before you visit the church. The church is also taking part in the Heritage Days- you must visit. 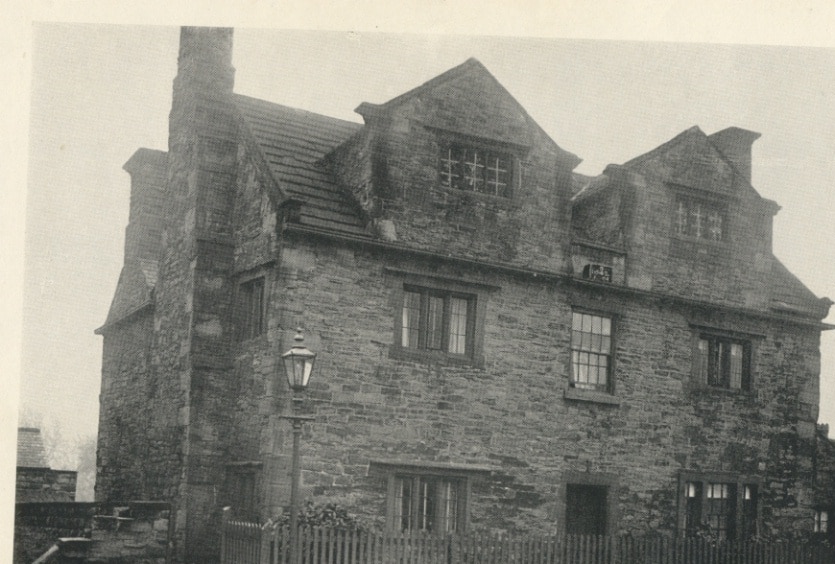 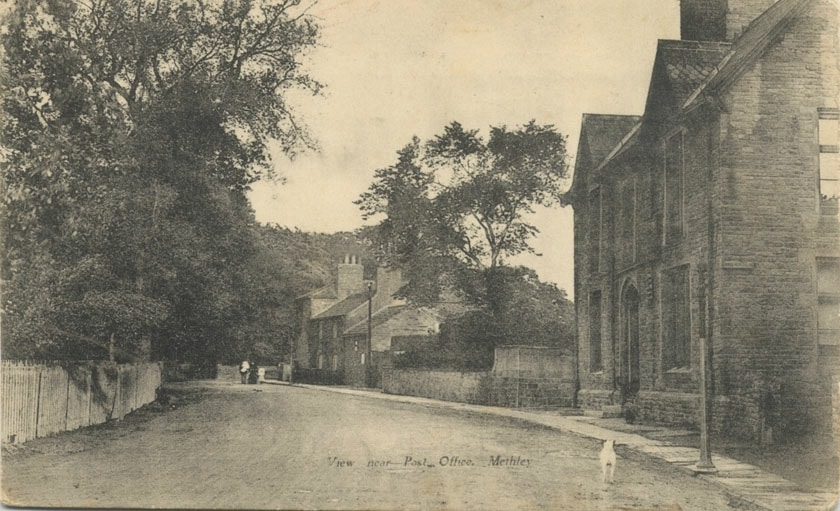 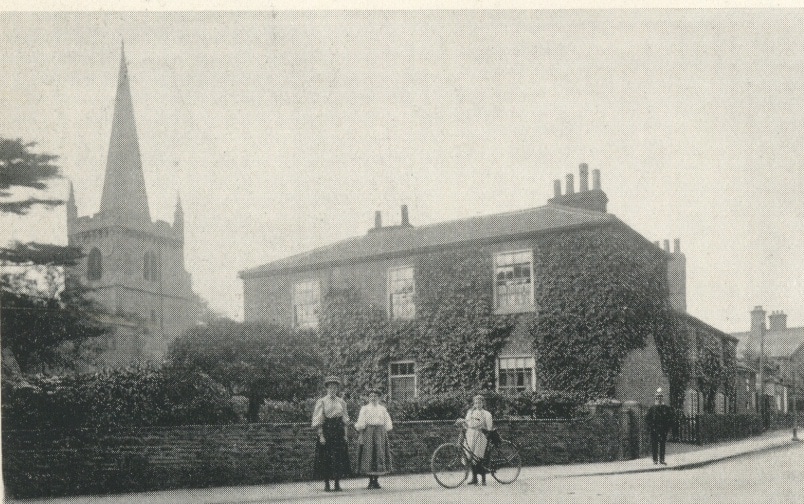 By the time you have reached the side gate to St Oswald’s you will have seen the imposing building across the road. This is the Cedars, built in the mid 18th century (it is shown on a 1786 map) by Lord Mexborough for his Estate agents. The oldest part is at the rear. Occupied 1841-1867 by the Rev Philip Yorke Savile, Rector of Methley, until his new Rectory was built.

The next occupants, were the Embleton family the last member, Mr Henry Cawood Embleton, living here until his death in 1930. Mr H C Embleton was a great benefactor of St Oswald’s church and it was largely due to his generosity that the 1926 rnovations were possible. He was also a great lover of the arts and music. Sir Edward Elgar, his personal friend, often visited the Cedars. The ’musical’ tombstones to the entrance to the main drive to Church and others near the Cenotaph are those of the Embleton family.

Walk further and you will reach Ladybirds nursery. This was the Church of England school built in 1847 and extended 1859. On the 6th September 1897 there were 185 children on the roll. It opened as Methley Girls’ National School and the children paid 2d, later 3d, to attend.

In 1905 it became Methley National School and had places for 177. Boys attended the school until they were 7 and then transferred to the Board School in Pinfold Lane.

Girls continued their education here until gaining a school-leaving certificate (12 – 13 years old). Later the leaving age raised to 14 and then 15. In 1986 the building was completely refurbished and officially opened on 31st October 1986 as St. Oswald’s Parish Centre. 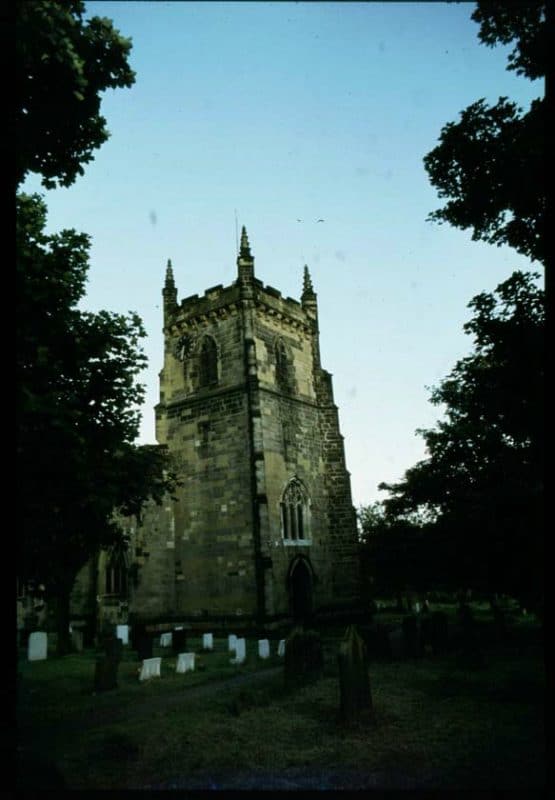 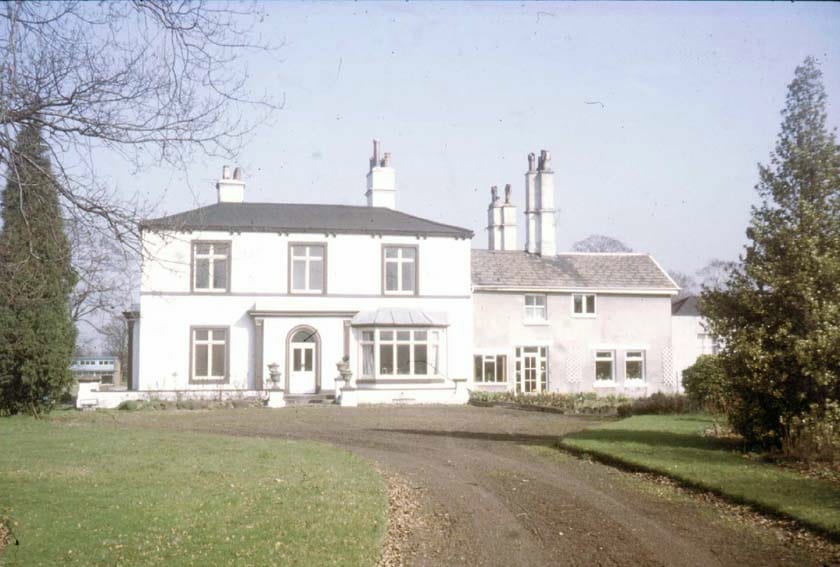 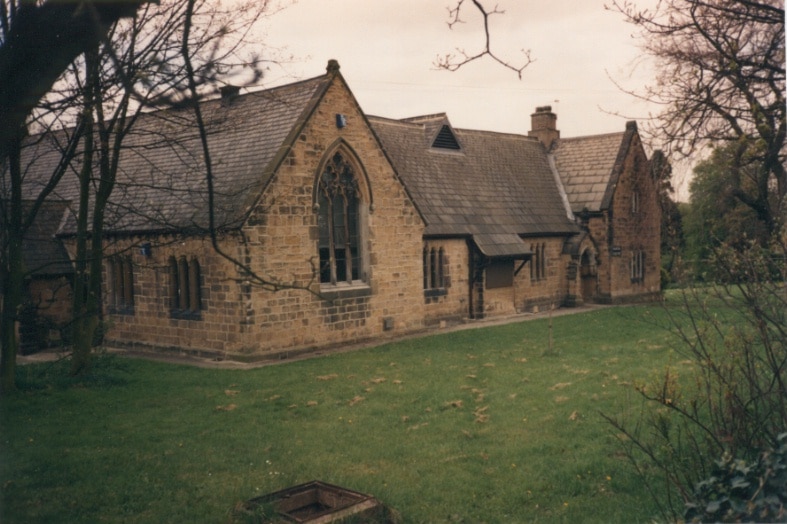 The house became too expensive to maintain and was sold as a private residence. The view here shows part of the main drive with a path leading left to the stable block and coach
house. The large window is that of the staircase and the entrance to the house is in the corner.

The last building on this walk is unfortunately obscured from view. It is the new Rectory which was built on part of the land of the former Rectory. This photograph shows the front i.e. west view. The lower part on the left is the Rector’s study. The entrance from the main road passes in front of the school house (now Ladybirds) and to the rear of the Parish Centre.

We hope you have enjoyed your walk through Methleys rich history and have been inspired to complete more of our Walks Around Methley. 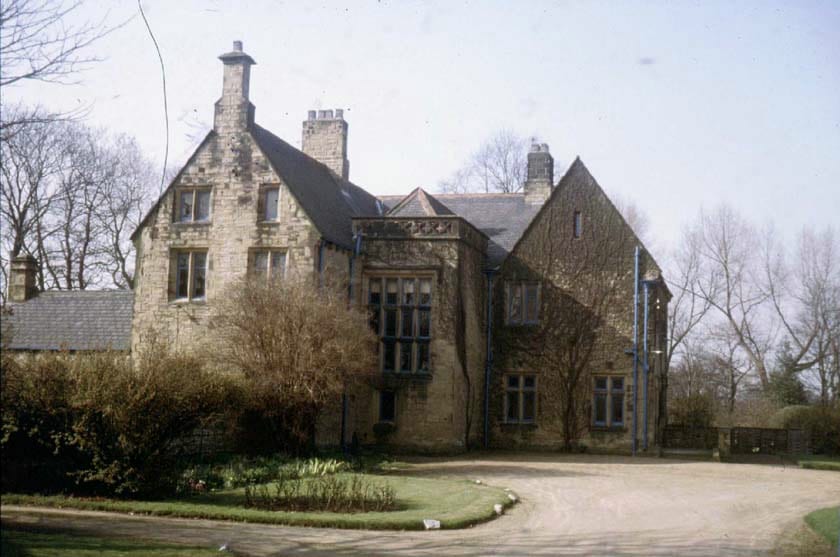 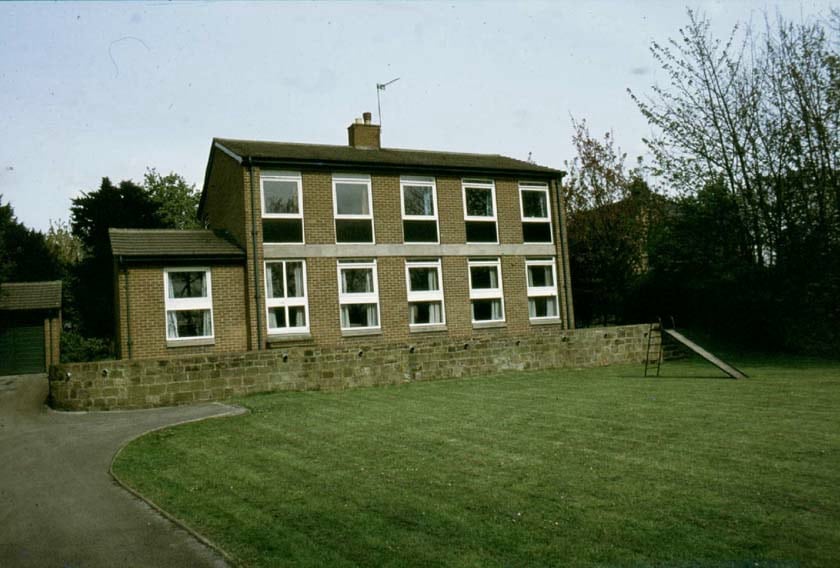